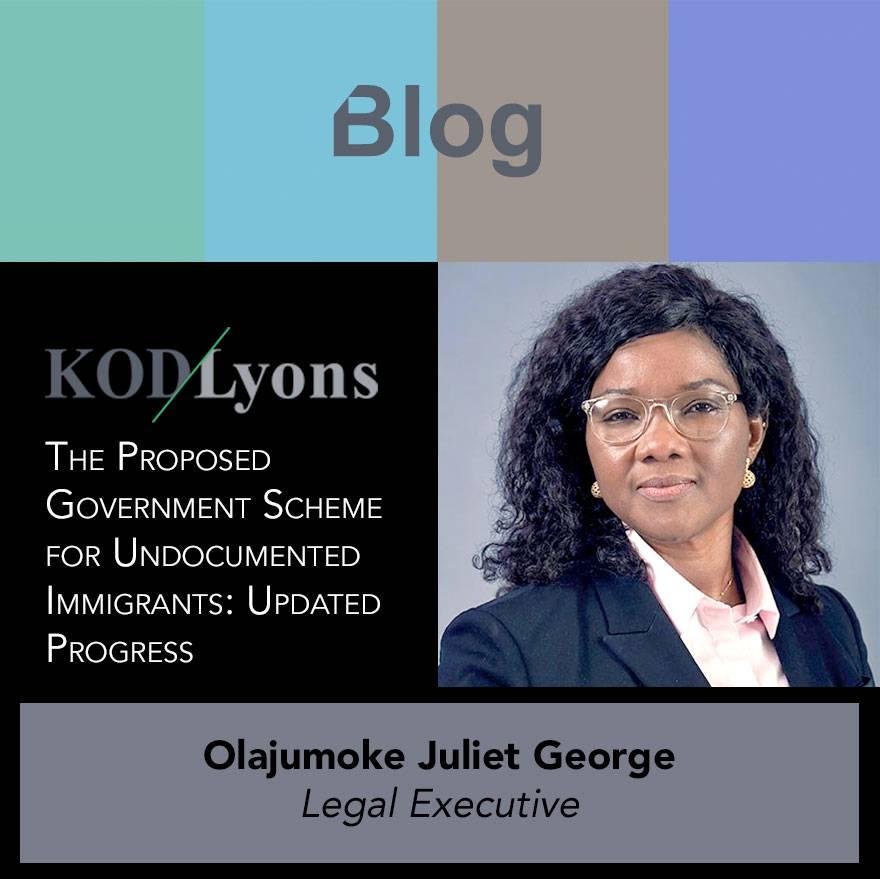 Juliet George of the Immigration and International Law team provides a brief update in relation to further updates on the regularisation of undocumented migrants.

The Minister of State with responsibility for law reform James Brown held a discussion with relevant stakeholders to include Refugee Council and Immigration Lawyers on Friday the 23rd of July to provide a briefing on the current details of the draft scheme.  He reiterated the commitment of the government to  creating new pathways for long -term undocumented people and their dependents,  meeting specified criteria to regularise their status within 18 months of the formation of the Government bearing in mind EU and Common Travel Area commitments.

The Government has consulted with relevant stakeholders such as Immigrant Council and Law Firms and engaging with government departments.  The Minister notes have received 39 written submissions in respect of the prospective outline approach including our own submission which can be read here.[1]

Areas being given consideration from the submissions received are:

A number of suggestions have been received by key stakeholders.

There have been suggestions from most of the stakeholders that scope of the scheme would be broad enough so as to include those:

There were suggestions that “Dependents” include:

Next Steps to be Taken:

As this work is still in progress, full requirements of the process are not yet fully defined.  The Department continues to work to finalise the details, including eligibility considerations and qualifying criteria.  We are informed that the scheme is on track to be brought before Cabinet for approval and it is their intention is to keep the scheme as straightforward and simple for applicants as possible.

The main goal of the proposed scheme would give migrants who have been here and working unrestricted access to the labour market.

We would of course note that any undocumented migrants who are looking for assistance in making an application under the scheme must be careful to ensure they are being advised by professionals for reputable organisations including solicitors registered with the Law Society of Ireland who act in immigration matters, NGOs and charities with a track record in immigration work. We would recommend that unregulated immigration consultants be avoided at all costs.

If you require assistance or have a query in relation to whether you might be included in the new scheme do not hesitate to contact Juliet George, Stephen Kirwan or any other member of the Immigration and International Law team either by phone or by email.