Proposed Scheme set to regularise up to 17,000 Undocumented Migrants living in Ireland 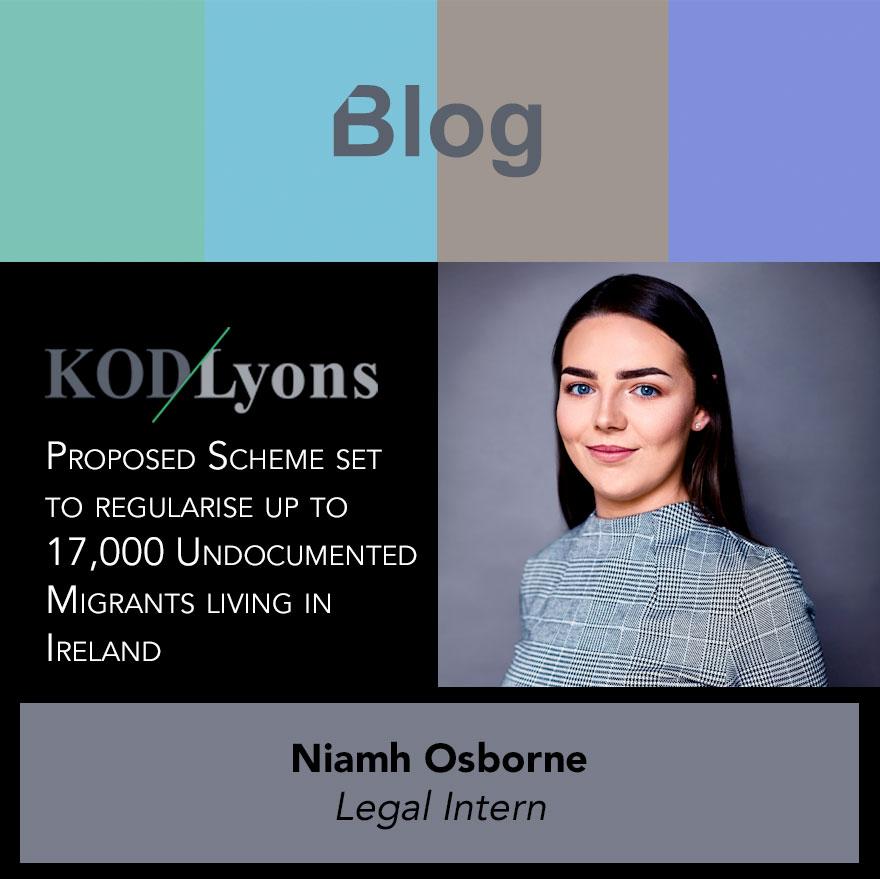 Junior Minister with responsibility for Law Reform James Browne has announced the Department of Justice’s intention to introduce a scheme aimed at regularising the position of up to 17,000 undocumented migrants in Ireland. The proposed scheme is set to go to Cabinet next month for consideration. If passed, the scheme will open via an online portal in November 2021 and undocumented migrants resident in the State for four years (three years for individuals with children) and is expected to be open for applications for 6 months.

According to the Independent, most of Ireland’s 17,000 undocumented migrants are from Mongolia, China, Bangladesh, the Philippines, Brazil and Malawi, with over 75% having been resident in the State for a period longer than 5 years. It is estimated that approximately 2,000 are children and 93% are currently employed in the State.

A welcome feature of the proposed scheme is the government’s commitment to utilising the scheme to protect and regularise the positions of individuals who have been trafficked into the jurisdiction for the purposes of sex work. In his statement regarding the scheme, James Browne noted that the scheme could be utilised by victims of sex trafficking to escape their situation and regularise their position.

Although it is unknown how the scheme will present in its finality, the Department intends to keep it simple and accessible to allow for the maximum number of potential applicants to apply without difficulty. If you are seeking additional information regarding this scheme, please do not hesitate to contact Niamh Osborne (niamh.osborne@kodlyons.ie) of this office.