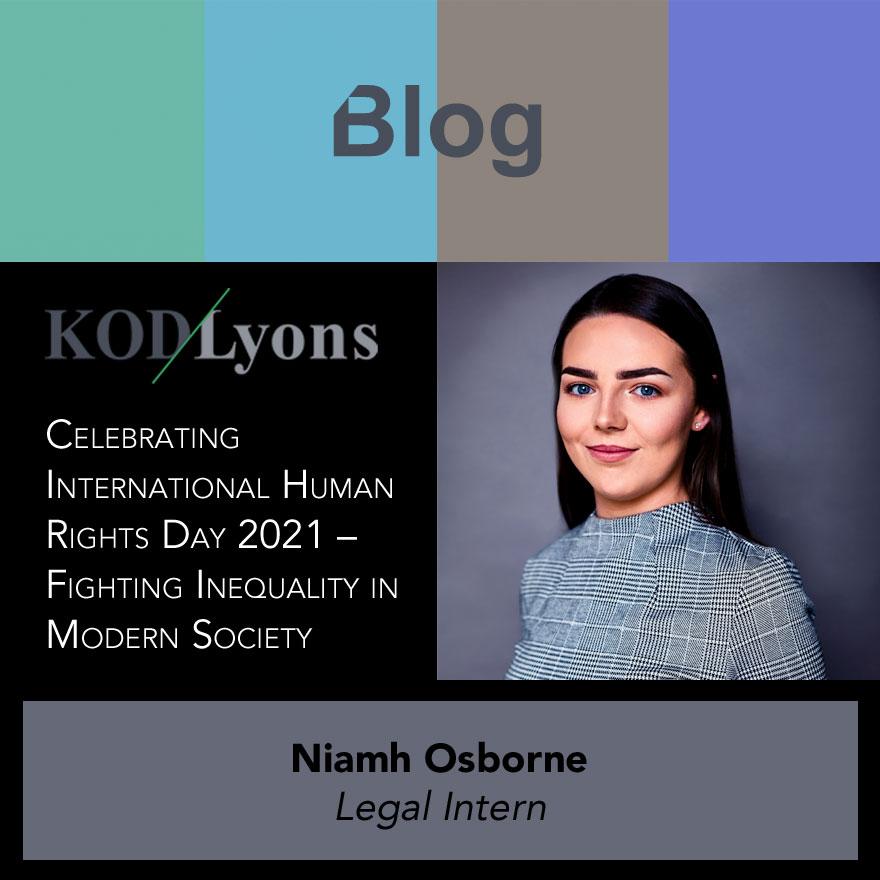 On the 10th December 1948, the United Nations (UN) adopted the Universal Declaration of Human Rights (UDHR). The 10th December is recognised and celebrated annually as International Human Rights Day to mark the significance and impact of the UDHR. The first of its kind, the UDHR was considered a ground-breaking document in the post-war era. The principles established reflected humanity’s desire for a new age centred on universal rights that would transcend linguistic, cultural, religious and political divisions. Although not legally binding, the UDHR has served as the foundation for subsequent international treaties, domestic laws and was the first international instrument to coin the phrase “rule of law”. The UDHR is the most translated document in the world and in the 73 years since its adoption, has enjoyed endless praise and support from world leaders, lawyers and human rights activists. Although the UDHR has been criticised for its idealistic nature and accusations of being a secular understanding of the Judeo-Christian tradition, its date of adoption, the 10th December, is recognised annually. The theme for Human Rights Day 2021 relates to Equality, namely Article 1 of the UDHR – “All human beings are born free and equal in dignity and rights”.

This year, the UN intends to utilise Human Rights Day to highlight and promote the 2030 Agenda for Sustainable Development. This agenda sets out 17 goals that the UN wishes to achieve before 2030. These include objectives relating to the eradication of poverty, hunger, increased good health and well-being, quality education, gender equality, clean water and sanitation, affordable and clean energy, decent work and economic growth, industry, innovation and infrastructure, reduced inequalities, sustainable cities and communities, responsible consumption and production, climate action, sea life, wildlife on land, peace and justice within institutions and international partnerships. In tandem with this, Human Rights Day 2021 will advance the Shared Framework on Leaving No One behind: Equality and Non-Discrimination at the Heart of Sustainable Development. At the core of this years Human Rights Day is the commitment to the eradication of discrimination against vulnerable people groups, including women, indigenous populations, people of African descent, the LGBTQ+ community, migrants and people with disabilities.2

Through Human Rights Day 2021, the UN aims to address and combat structural inequality that results in pervasive poverty, which has been labelled “amongst the greatest global challenges of our time”. This year, the UN will also focus on the development of the right to a safe, healthy, and sustainable environment – an interest most topical as global temperatures continue to rise as a result of global warming. We will also see a focus on the support and development of the rights of young people, particularly in the circumstances of the difficulties experienced on foot of Covid-19. In addition to this, vaccine inequality is also on the agenda for Human Rights Day this year. The UN calls on Governments to engage in social contracts with each other and end vaccine injustice in order to preserve life.

As a firm specialising in human rights and public interest law, our team at KOD Lyons recognises and supports the importance of Human Rights Day. On a daily basis, we witness the impact that observation of individual and collective rights can have on wider society, both global and domestic. Through the promotion and surveillance of rights leaps and bounds can be made in the advancement of a just and equitable society.