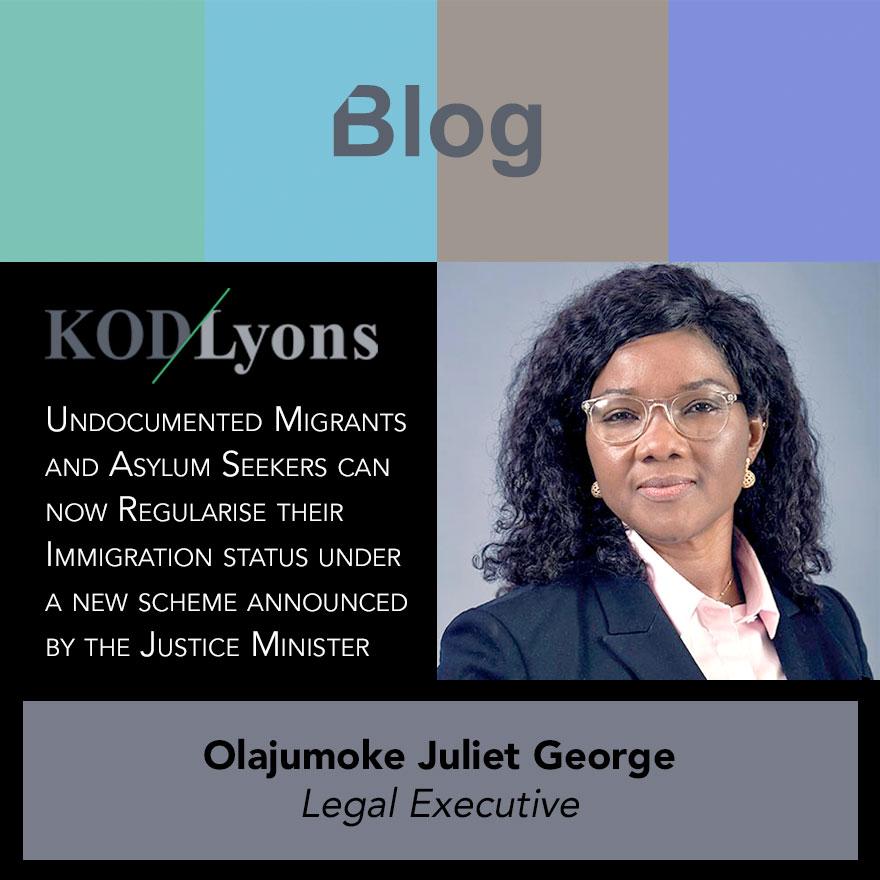 A new Scheme to regularise the status of undocumented migrants has now been announced by the Minister for Justice, Helen McEntee.

General Overview: The new scheme will allow eligible applicants to remain and reside in the State and to regularise their residency status. It will be open to those who do not currently hold any kind of permission to reside in the State.

There will be a “parallel process” for asylum seekers who have spent at least two years awaiting a decision and they will be exempted by the government from paying an application and registration fee.

Those who are successful will receive an immigration permission, access to the labour market and can begin a path to citizenship.
Those who are long-term undocumented when the Scheme opens and meet the residency requirements and other criteria can apply for the Scheme. This will include person who have Deportation Orders made in respect of them or those who have already made representations for permission to remain under section 3 of the Immigration Act 1999.

Period of the Scheme: The Scheme opens during the First Quarter of 2022 and will run for six months.

If you require any information, in relation to the new scheme and other immigration matters please feel free to contact our Immigration Team at KOD Lyons Solicitors on Tel No.: 01-6790780