Voican vs Chief Appeals Officer: An Update on Questions to Be Referred to Court of Justice of the European Union 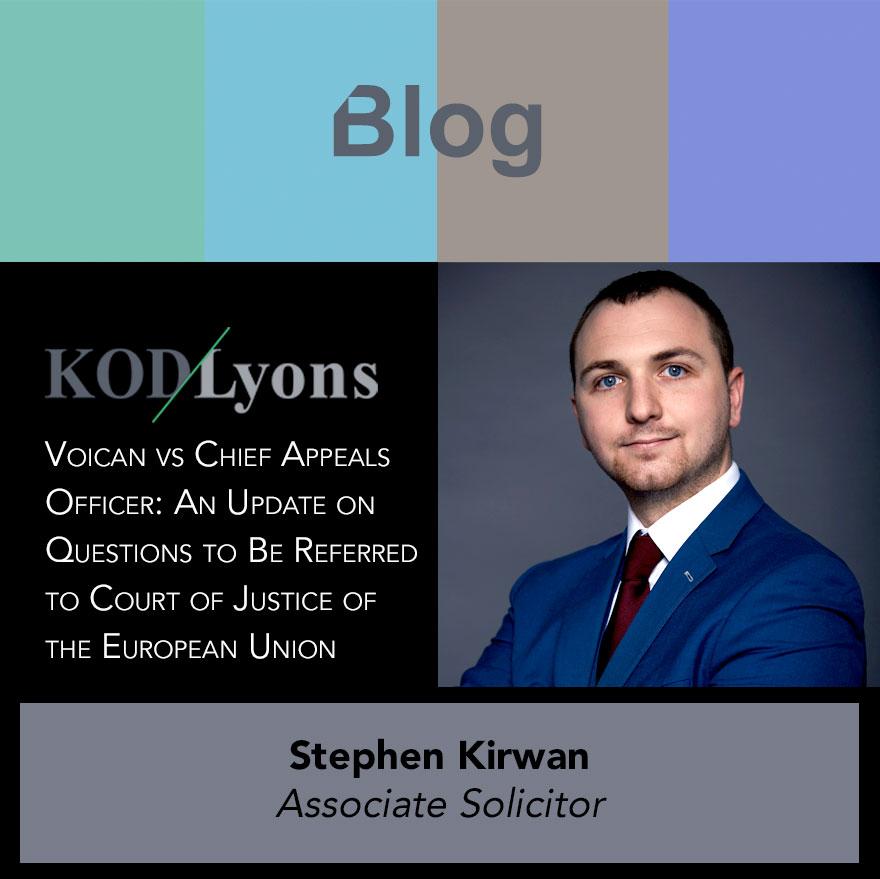 The Court of Appeal have ordered a reference to the Court of Justice of the European Union pursuant to Article 267 of the TFEU in the matter of Voican vs Chief Appeals Officer, a KOD Lyons case.  The main issued in the case is whether Ms Georgeta Voican the mother of an EU citizen worker is entitled to receive a form of social assistance, in this case disability allowance, notwithstanding that she has not been economically active in Ireland and has been resident in the jurisdiction for less than five years and was thus not deemed to be a permanent resident for the purposes of EU Directive 2004/38 commonly known as the ‘Citizenship Directive’.

Ms Voican was successful in this matter before Mr Justice Garret Simons in the High Court wherein the court held that the decision of the Chief Appeals Officer to refuse Ms Voican a disability allowance payment was contrary to Article 24 of the Citizenship Directive in that it breached the principle of equal treatment contained therein. The original judgment in the High Court clarified the law for thousands of dependents of non-Irish EU nationals who were effectively exercising EU Treaty Rights in the jurisdiction and was a welcome development for thousands of people.

The matter was subsequently appealed by the Chief Appeals Office to the Court of Appeal who have decided to refer the following questions:

The team at KOD Lyons are very hopeful of a successful outcome and are anxious as always to assist those affected by the current discrimination by the Chief Appeals Officer’s policy.