The Government Says It’s Bringing in Stricter Asylum Checks, but What Does that Mean? 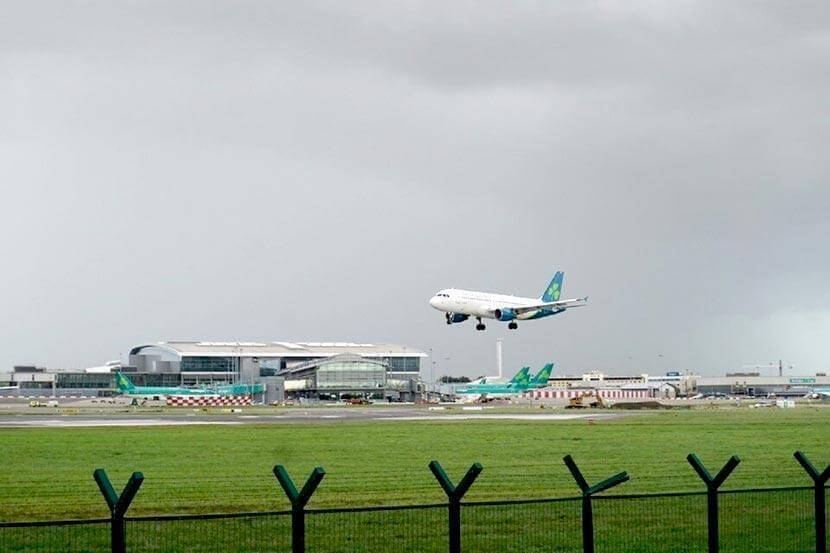 On 26 September, Graham Finlay was flying back from Venice to Dublin.

Before the flight landed, the crew asked passengers to get out their passports for immigration checks, says Finlay. Once it touched down, border control officers came to the plane.

“And that’s the first time I saw that they met the plane on the actual, you know, the causeway or the flyway,” said Finlay, last week sat at a table in the Unfiltered coffee shop in Inchicore.

Finlay asked one of the officers why immigration checks had moved to the feet of the plane. “He said, ‘We’re looking for people without visas.’”

He was too tired and confused to ask what if someone doesn’t have one and wants to seek asylum, Finlay says.

But a month later, travelling back from Belgrade by way of Amsterdam, he met some border guards again – this time at the terminal door – and he asked the question and jotted down details of the conversation so he could accurately recall it.

Officers hemmed and hawed in response to his question, says Finlay, who works as a lecturer in the School of Politics and International Relations at University College Dublin.

They weren’t super clear, he says. But they said they weren’t international protection officers but could kick-start the process and that it depends on people’s nationalities.

“And the female officer said, ‘Well, it’s really for people fleeing war,’” says Finlay, who says he told her that it was for anybody escaping persecution.

“At that point, her colleague immediately came in and said, ‘No, each case is an individual case or something like that,’” Finlay says.

On 24 October, the Irish Examiner reported that the government was to approve “stricter asylum checks” and more deportations as it tightens its immigration regime in response to difficulties housing Ukrainian refugees and asylum-seekers from elsewhere.

But government officials haven’t explained what those tighter checks mean in practice.

Measures that the government could legally take, however, include spending lots of money to set up detention camps, or buffer zones, or shipping people elsewhere while they wait for their asylum claims to be heard, says Kirwan, although he wouldn’t advocate for that.

And even then, the government can’t refuse to hear their stories, he says.

A spokesperson for the Department of Justice didn’t say what it means by stricter asylum checks, or if bringing immigration control to the steps of the planes were part of that.

“For security reasons and to protect the integrity of the immigration system, the Department of Justice does not comment on Border Management Unit (BMU) detailed operational procedures,” they said.

Who Can Apply for Asylum?

Anyone from any country can apply for asylum to escape persecution in their own country. But a person has to reach Ireland, to claim asylum.

From January to the end of September 2022, almost 5,700 people were refused leave to land – meaning they couldn’t have their passport stamped and pass through immigration checks – at Dublin Airport, said a spokesperson for the Department of Justice.

Being refused leave to land doesn’t mean a person can’t apply for asylum and be let in the country, though.

Of those refused leave to land, almost 5,000 indicated to the Border Management Unit that they intended to claim asylum, said the spokesperson.

During the same period, nearly 10,000 people applied for asylum to its International Protection Office, the spokesperson said.

Citizens of countries like Georgia, Somalia, Zimbabwe, Syria and Iran, Kuwait topped the list of nationalities stopped at the border during the year’s first nine months, officials figures show.

A spokesperson for the Department of Justice didn’t give a breakdown of figures for each nationality.

The _Irish Examiner_ report from 24 October cites anonymous sources saying that the government is set to “step up checks on people claiming to be coming from war-torn countries amid concerns that some are seeking to come here under false pretences”.

A spokesperson for the Department of Justice didn’t respond to queries asking why department sources chose to stay anonymous.

But Stephen Kirwan, the solicitor, says that the Irish government doesn’t legally have the discretion to stop anyone from making an asylum application. “The Geneva convention is very clear about that.” 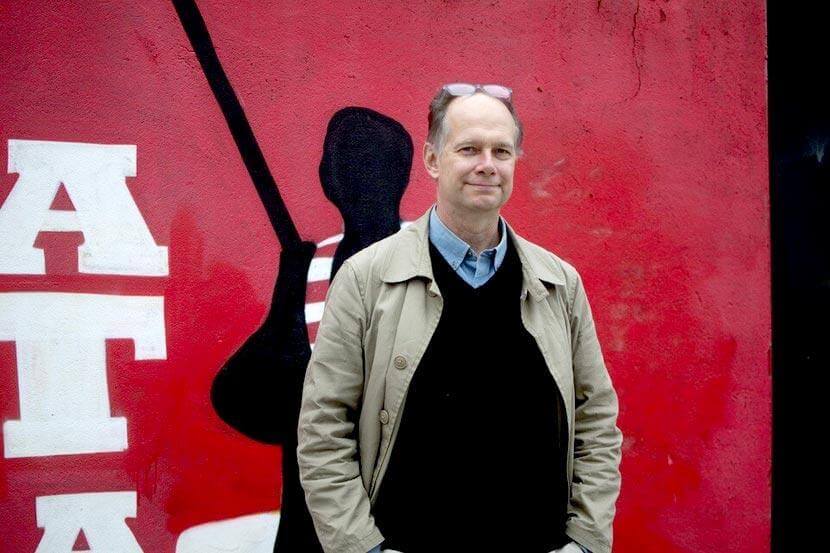 The 1951 convention’s three “non-refoulment, non-penalisation and non-discrimination” principles guarantee the right to asylum for people of all backgrounds and nationalities.

It recognises that “the seeking of asylum can require refugees to breach immigration rules” and forbids authorities from punishing those offences.

Also, escaping war isn’t a requirement for seeking asylum, says Kirwan. Some people face individual threats in a country that may be perceived as safe but where state actors can fail to protect them, he says.

“Remember the test is not only whether you have a well-founded fear of persecution. You also have to show that the fear either emanates from state authorities or from lack of that state’s ability to protect you,” says Kirwan.

A spokesperson for the Department of Justice also said that from January to the end of September, a little over 3,700 people have arrived in Dublin Airport without papers.

They should have shown documents to leave where they flew from, the spokesperson said. But “they were no longer in possession of those documents when they reached the immigration desks at Dublin airport”.

That delays the process of identifying them, figuring out whether they are entitled to stay, and finding out if they already have been granted refugee status elsewhere, they said.

Kirwan, the solicitor, says it would have been surprising if asylum-seekers were documented all the time.

Many are from countries where people trying to travel to Europe face complex visa rules, he says, so they end up paying traffickers for fake passports and visas and get rid of them when they arrive here.

“If you’re desperate enough, you will do anything, and that’s the point,” he says.

Kirwan says some people may want to take advantage of the system, but that can be said about any system and shouldn’t stop procedures from being fair and legal.

The Irish government doesn’t let people file asylum applications through its embassies and consulates abroad,according to its response to a European Commission ad-hoc query released under the Freedom of Information Act.

That’s why people try hard and sometimes risk their lives to turn up at the border, says Kirwan.

But, in theory, there are some legal measures that the state could introduce to tighten control on asylum.

At the moment, people who apply for asylum in Ireland are allowed to move around Ireland freely while they await a decision.

Kirwan says the government can bring in different border procedures and as part of that, say, set up immigration detention centres as one way to make Ireland a less attractive option for those seeking refuge.

“If you want to decide to introduce, like, a buffer zone or like a detention centre, well, look, knock yourself out, that’s up to a member state,” he says.

It can also choose to go for something like the United Kingdom’s Rwanda deal and process asylum applications while the applicants are outside the country, says Kirwan

“Creating like an off-site space like Australia does too,” says Kirwan, who says by outlining these options, he’s not advocating for them.

“But none of these options includes the immediate refusal of an asylum-seeker and putting them on a plane back,” he says.

Setting up detention centres or keeping Ireland’s asylum-seekers outside the country would also cost loads of money, says Kirwan, who says the state wouldn’t then benefit from asylum-seekers’ tax contributions either.

“They must have already explored these options,” he says. It’s been reported by The Guardian, citing Home Office sources, that sending and keeping UK’s asylum-seekers in Rwanda costs up to £30,000 per person for Britain.

Deporting people and trying to deter them from coming here can sometimes be more expensive than hosting them and having them work and contribute to taxes, Kirwan says.

From 2017 to date, the Department of Justice spent roughly €8.8 million in legal fees to enforce legally challenged deportation orders, according to its official figures.

Finlay, the lecturer at UCD, says he’s concerned that because the border guards he spoke to didn’t sound like they had a good grasp on what international laws say about the rights of asylum-seekers.

“I would love reassurance from the immigration bureau that people are not being put back on planes,” Finlay says.