When Announcing a New Restrictive Migration Policy in July, the Department of Justice Used Inaccurate Figures 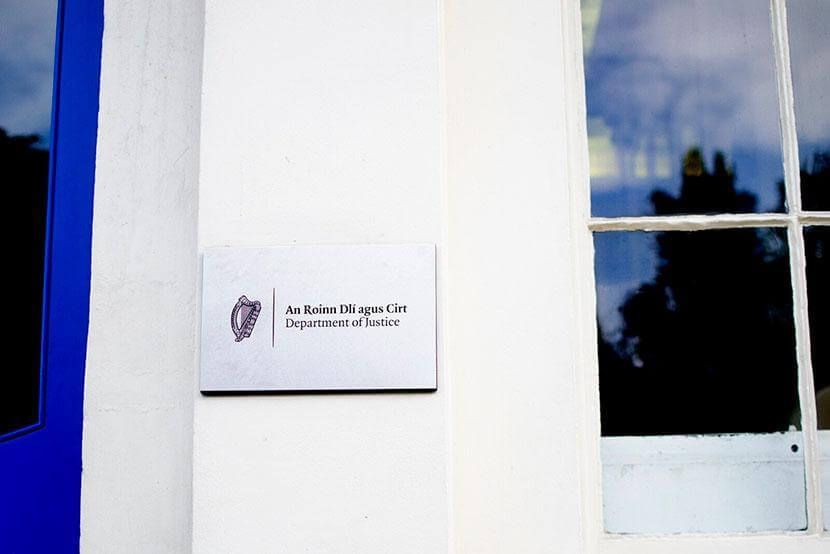 In a press release on 18 July, the Department of Justice said that nearly 6,500 people had applied here for asylum between January 2021 and January 2022.

But the actual number was a little over 3,040, said a spokesperson for the department on 25 November.

They had mistakenly used the number of applications made from January to July 2022 instead, said the spokesperson.

The press release, which is still up with the incorrect figure, announced how the government in Ireland was suspending visa-free travel to Ireland for refugees, citing the need “to protect the integrity of the immigration and International Protections systems”.

Some refugees, already granted status in other European member states, were reapplying for asylum here in Ireland, the press release said. (There are many reasons why refugees may do this.)

A spokesperson for the Department of Justice said that the inaccurate figure was corrected “in response to any follow up queries on the matter”.

Wendy Lyon, partner and solicitor at Abbey Law, says it’s reckless to use misleading information to justify restrictive policies, especially when anti-immigration groups can abuse that to ratchet up racist sentiments.

“It’s absolutely incumbent on government officials not to give them more false facts to build their campaigns on,” said Lyon.

Enda O’Neill, head of office and designated official of the United Nations High Commissioner for Refugees (UNHCR) in Ireland, spotted the inaccurate figure on the press release, show documents released under the Freedom of Information Act.

On 19 July, a day after the press release went out, O’Neill wrote to the department saying that the numbers they had used didn’t match with International Protection Office (IPO) statistics.

A spokesperson for the Department of Justice said one of its officials phoned the UNHCR office and told them how the error had happened.

In an email on 19 November, O’Neill said: “I’m afraid I never got a substantive response to my question.”

As of 6 December, the press release on the government website still incorrectly said that 6,494 had applied for asylum between January 2021 to January 2022.

Media outlets such as the Irish Times and the Irish Independent still had the incorrect statistics provided by the government in their news reports about the new policy.

Meanwhile, it is hard to verify other figures used in the press release.

In the July statement, the Department of Justice said the number of applications from people who had refugee status from another country in the European Union but who had reapplied in Ireland stood at 760 last year.

Of those, 479 were beneficiaries of international protection who came from countries where they were visa exempt, it says. They accounted for 7 percent of the applications last year, the statement says.

It’s now clear that one of the two numbers used to calculate that percentage is inaccurate: the total number of applications for last year was not 6,494. But it’s not clear whether the other is accurate or not.

The complex data available on Eurodac – the European Union’s database of asylum-seekers fingerprints – is difficult to dissect to verify it.

A new report by the Economic and Social Research Institute (ESRI) says the number of hits on Eurodac in 2021 for people who had international protection elsewhere but reapplied in Ireland was 1,418.

But that figure isn’t necessarily accurate, the report says.

“These figures must be treated with caution given that not all Eurodac matches translate into applicants,” it says, adding that the data also doesn’t include kids younger than 14.

On 23 August, the International Protection Office refused a Freedom of Information request seeking the figure, saying the data was publicly available in a Eurodac report. The Eurodac report gives the 1,418 figure.

Stephen Kirwan, partner and solicitor at the law firm KOD Lyons, says those figures should be communicated honestly and accurately.

They should also be used in the right way, he said. “I wonder if this is used to make a point about what we need to drive down and that we need more aggressive policies?”

If so, that’s not the right way to use statistics, Kirwan says. “If we’re not using them to forward-plan for things like accommodation, then what the hell are we using them for?”

He said data inaccuracies should be promptly corrected for transparency. Otherwise, people lose trust in the government.

“Given the recent tensions which have arisen in some parts of Ireland when applicants for international protection have moved into communities,” said Collins.

A spokesperson for the Department of Justice said, in line with its statement of strategy for 2021-2023, it recognises the economic, social and cultural benefits that migrants bring to the country and that equality and inclusivity are its “core guiding principles”.

“As we work with colleagues across Government to provide responses to some of the largest global migration challenges, developing evidence-based policy and legislation, including in relation to upholding our international obligations on international protection,” they said.

Lyon, the solicitor, says she understands that the department can make mistakes, but inaccuracies like that can take a life of their own and wind up laying the groundwork for unfair policies.

“There is already more than enough misinformation about the asylum system, and we’ve seen how readily certain groups seize it for their own advantage,” she said.