The Divorce Mantra – “Proper Provision in all the Circumstances” 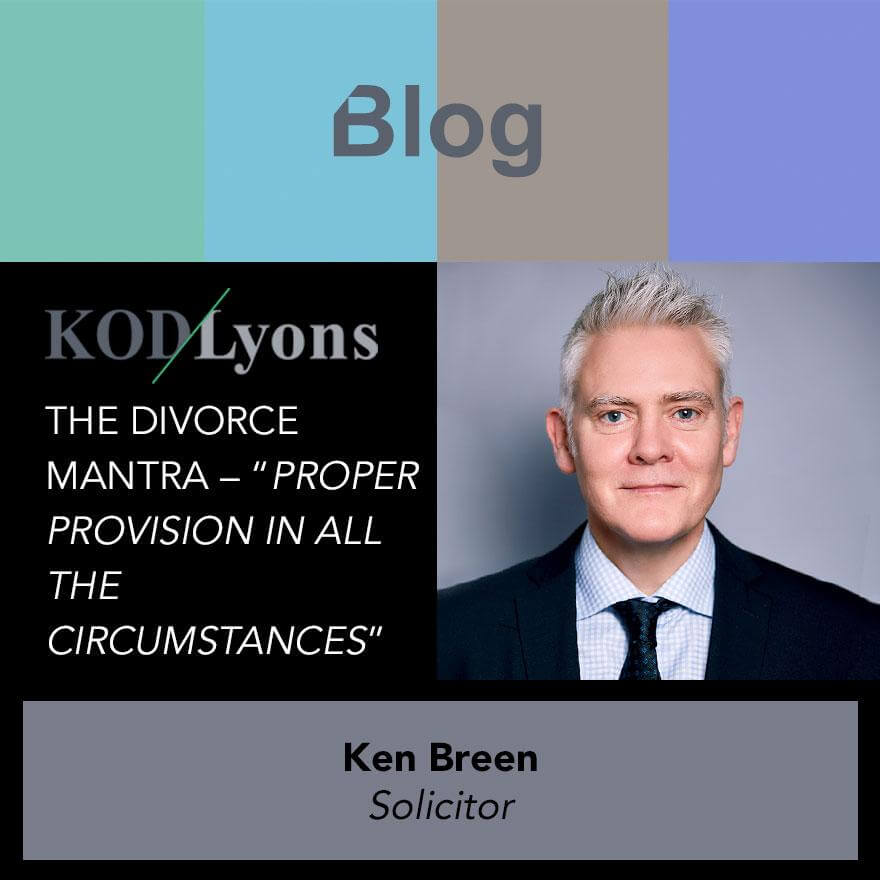 This is something that I repeat many times when I am speaking with clients – to my mind it is the central consideration for the courts when granting a Decree of Divorce.

Legislation states that ‘the court shall ensure that such provision as the court considers proper having regard to the circumstances exists or will be made for the spouses and any dependent member of the family concerned’. (S.20 The Divorce Act, 1996)

There are a number of factors that the court shall consider in this regard and they are as follows;-

Since the enactment of the Divorce Act, 1996, the Irish courts have built up a body of case law and precedent which shows how the courts interpret or apply the criteria as above.

For discussion purposes I tend to break it down into 3 main arms or components in the context of the particular circumstances and needs of all of the members a particular family;

I think that is a pretty solid starting point when considering proper provision in all the circumstances.

Should you have any further questions do not hesitate to contact Ken Breen of this office at ken.breen@kodlyons.ie.