Is Humanity Disposable? Government Struggles with Homelessness and the Importance of Public Law in a time of Crisis 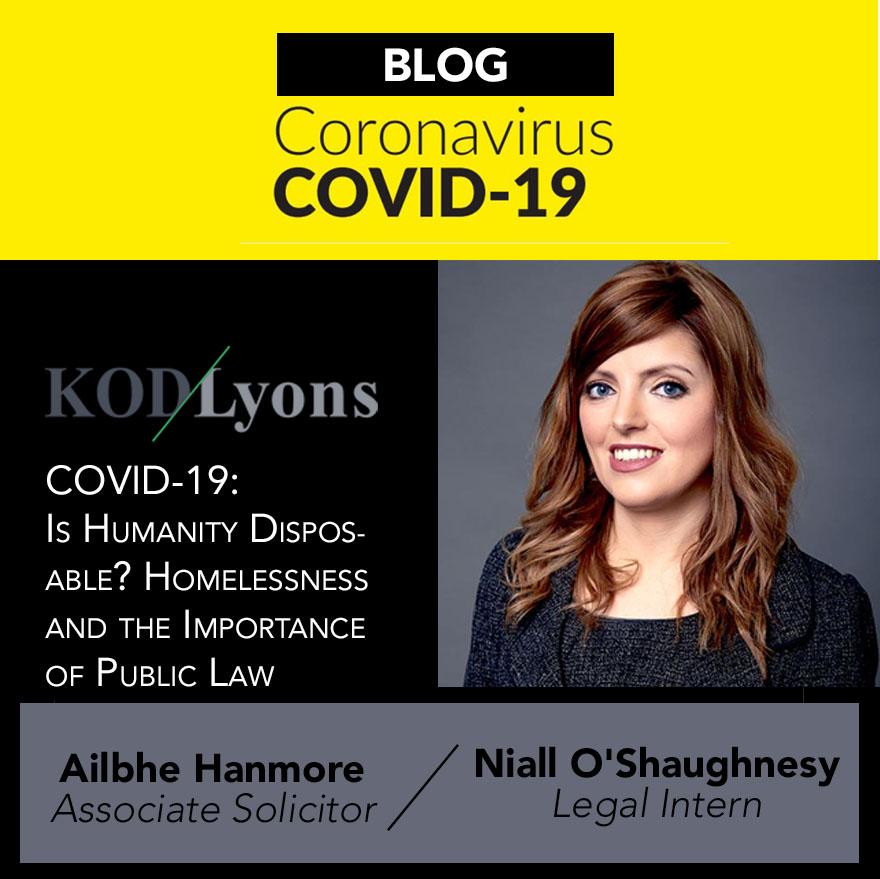 Is Humanity Disposable? Government Struggles with Homelessness and the Importance of Public Law in a time of Crisis

Earlier this year, a canal clean-up operation at Wilton Terrace took a horrific turn when a tent that was being removed was, in fact, occupied. The operation, conducted by a semi-private company under the supervision of the local authority, involved using a vehicle with a mechanical arm to extract tents that were supposedly impeding a walk-way. The injured man sustained life-changing physical injuries and, presumably, enormous psychological trauma.

Applying the tort of negligence to administrative bodies is a different proposition to ordinary private disputes. The test from Glencar v Mayo County Council[1] states that (a) the injury was foreseeable; (b) there exists a relationship of proximity; and (c) it is just and reasonable to impose liability on the defendant. The foreseeability element is straightforward, especially in this instance where a thorough inspection of the tent would have prevented the tragedy. Irish law departs from English law in relation to proximity. In England, the plaintiff need only be a member of a group of persons identifiable to the administration.[2] In Ireland, there must be a “direct legal relationship” between the parties.[3] In other words, the plaintiff must have already engaged with the administrative activities of the defendant public body. Finally, the courts will only apply a duty of care if it is just and reasonable. The likelihood of this increases where the plaintiff is from a class of persons the defendant has been tasked with protecting.[4] As the local authority is given statutory powers under the Housing (Miscellaneous Provisions) Act 2009, it had a responsibility towards the homeless man in question.

The incident also highlights serious public policy shortcomings. Firstly, a Garda statement from around the time of the incident said the aim of the operation was to clear the walkway. However, footage from the incident shows that the tent was positioned right at the bridge – far removed from any public path. What then were the actual reasons behind the operation if, in reality, there were no public safety concerns?

The Wilton Terrace operation is not a once-off. In 2017, the very same company targeted tents along the Royal Canal in a similar operation. It may be the case that the symbolism of the tents is what is so unpalatable. The areas of the city that surround both of Dublin’s canals have been most affected by the housing crisis, and the presence of tents – shelter in its most basic form – is an obvious snapshot of a government failure.

Unfortunately, the response does nothing to address the underlying causes of homelessness and shows only that our local and national governments are far more concerned with the optics. The PR disaster that followed the Wilton Terrace incident is a tragic form of poetic justice.

The current Covid-19 crisis has brought with it a huge upheaval of public administration. As police powers are broadened and State resources become scarce, holding public bodies to account is more important than ever. Some may say that upholding human rights and equality during a pandemic cannot be a priority. However, the current health crisis has exposed the disadvantage faced by people in Direct Provision, in precarious work, in abusive relationships and in under-resourced public institutions and care homes. As such, it is more important than ever to ensure that basic rights and needs are provided for. The incident at Wilton Terrace is much more than a tragedy, it is an unfortunate example of the need for administrative accountability. At a time when similar stories may not make front-page news, a legal system with strong public law remedies is invaluable.