The Consequences of COVID-19 on Domestic Violence, its Victims and the Dangers for Children in Vulnerable Situations 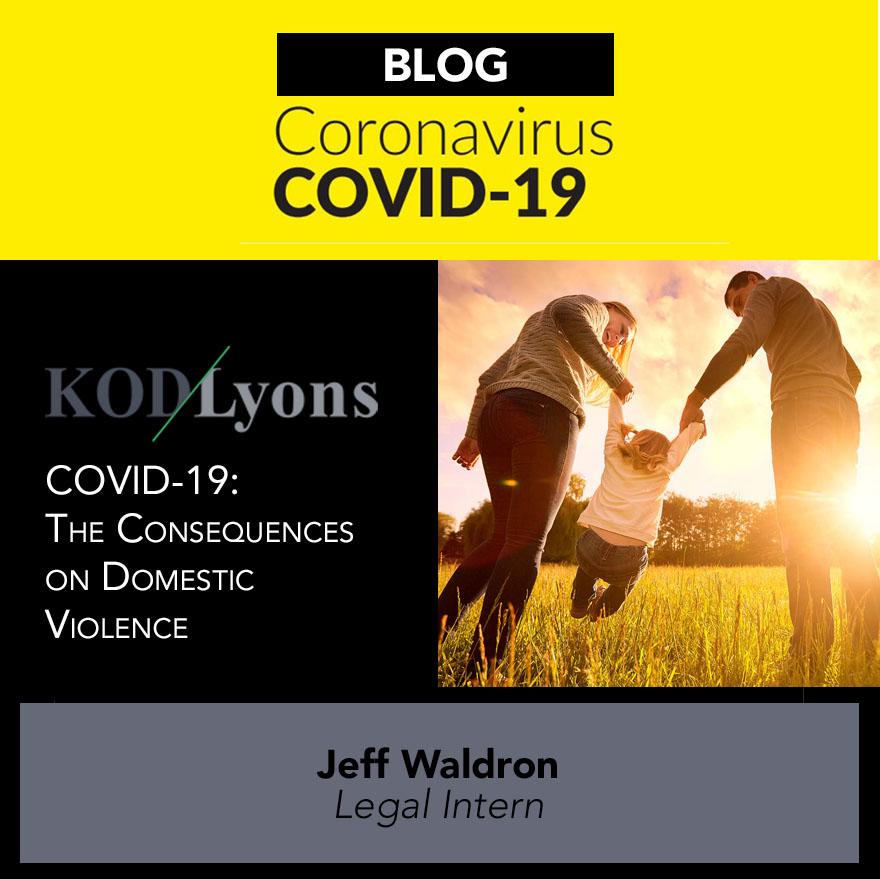 This is indeed a time like no other. Unprecedented measures of self-isolation and the restrictions on the movement of people has had a profound effect across our nation, our societies and our basic way of life. In these times, we consider the most vulnerable in our society, those who will be affected the most. What we may fail to consider are those who are forced to isolate in a home with an abusive partner, and the resources available to these victims and those affected by it.

Some women who seek to flee their abusive relationships are being forced to spend more time with their abusers, as has been reported by Sharon O’Halloran, Chief Executive of SAFE Ireland. The option of even attempting to flee to their parents’ home is now gone, with the risk of affecting vulnerable people too high to consider. As a result, victims of abuse are forced to stay in a home where tensions are continuing to rise, as are the reports of domestic abuse.

Sarah Benson, Chief Executive of Women’s Aid, has further commented that some of its callers are making calls as discretely as possible, even sneaking out to their cars as the freedom to make complaints has been largely restricted. The hotline is still operating on a 24-hour basis and has introduced a messaging service to help such victims of abuse. [1]

The courts are still taking enabling applications for interim barring orders and protection orders to be made. However other issues such as maintenance and access applications are effectively on hold to deal with the most immediate and urgent cases regarding domestic violence. Breaches of these orders and any other instances of domestic violence are still being dealt with in a timely manner and this has been confirmed by An Garda Síochána. [2] Gardaí aim to respond to victims of domestic violence with the “highest priority of service”. [3]

However, SAFE Ireland has commented that it is concerned that the “key Government agencies are failing to respond adequately and in a timely manner to the urgent and practical needs of women and children experiencing domestic abuse and coercive control,” [4] in line with the current COVID-19 pandemic. The agency has submitted a proposal for €1.6 million to the government to be funded to essential services that can respond to the stress calls of victims of abuse but has yet to receive a definitive response.

In relation to refuges, shelters and other places of safety, Sharon O’Halloran of SAFE Ireland pointed out that women and children are forced to live in small communal refuges, with shared kitchens and bathrooms. This is a potential cesspool for the virus to spread. Ms O’Halloran has urged that these women and children should be moved into safe, self-contained accommodation as part of the emergency national response. [5] In terms of how the State might accommodate these women and children, Ms O’Halloran commented that this may mean airbnb accommodation or other housing stock in the community be utilised. It remains unclear at present what actions the government are taking for children and victims living in emergency accommodation.

More recently, the government has announced that the 2km travel restriction rule does not apply to people attempting to escape domestic abuse scenarios. Minister for Justice Charlie Flanagan on Friday the 10th of April launched a campaign to ensure these victims are aware of the services available to them. Minister Flanagan commented that he is very conscious that for victims of domestic abuse, home can be anything but a safe place. He further commented that it is why he wants victims to know that they will continue to receive the highest priority from the civil and criminal justice system throughout this crisis.

Domestic violence, and the exposure to same, also affects children and young people and leads to neglect, and physical and emotional abuse. The child protection agency, TUSLA, need to address matters robustly and provide a proactive rather than a passive approach to this issue. In the UK we have seen a five fold increase in emergency care applications before the Courts since the outbreak of Covid19 in order to protect children. In the absence of appropriate scrutiny are many children in similar type situations here falling under the radar and not being adequately and appropriately safeguarded by our State and its agencies??

If you have been affected by domestic violence or any of the above content, please phone your local Garda Station or if in need of urgent information email matthewdecourcy@kodlyons.ie or jeff.waldron@kodlyons.ie. Alternatively, you can contact any of the below helplines: