Know Your Rights – Eligibility, Procedure and Practice of the CervicalCheck Tribunal 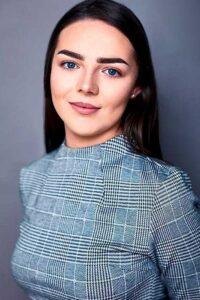 In December 2018, the Government initiated their intention to establish a statutory Tribunal to assess and determine the claims of women and their dependants who have been affected by inaccurate results from CervicalCheck. The purpose of the Tribunal is to act as an alternative to lengthy and expensive court proceedings for those affected. It is expected that the Tribunal will operate in a much quicker manner than High Court proceedings, whist maintaining rigorous and comprehensive examination of each claim brought before it. This is to incentivise the hearing of claims before the Tribunal as opposed to the High Court.

The Tribunal is regulated by the CervicalCheck Tribunal Act 2019 which was signed into law by President Michael D. Higgins on 23 July 2019. The Tribunal was formally established in October 2020 and officially commenced on 1 December 2020. The Tribunal is chaired by Ms Justice Ann Power, a current Judge of the Court of Appeal. She has extensive experience in the area of human rights, having previously sat on the bench of the European Court of Human Rights and serving as the Presiding Judge of the Kosovo Specialist Chambers and Specialist Prosecutor’s Office. Serving High Court Justice Mr Justice Tony O’Connor and retired Court of Appeal Judge Mr Justice Brian McGovern also comprise the Tribunal as ordinary members.

Am I eligible to apply?

Under the CervicalCheck Act 2019, the following categories of women are eligible to make a claim to the Tribunal:

In the circumstances where an eligible woman has passed away, a dependent (family member, next of kin) may make a claim to the Tribunal.

If your claim is currently the subject of ongoing Court Proceedings, you are still eligible to apply.

How can I apply?

You must complete a Claim Form (Form 1) (available at https://www.cervicalchecktribunal.ie/practice-procedure/forms/) for each respondent you wish to make a claim against. This form must then be served on each respondent requesting confirmation that they agree to submit the claim to the Tribunal. It is important to note that the Tribunal cannot hear any claims that have not received agreement from the respondents regarding submission to the Tribunal. After this is completed the following documentation must be submitted the Tribunal Office:

Once this is completed, your application will be deemed to be issued and given a dated for a case management hearing by the Tribunal Office. If you case is already the subject of Court Proceedings then you will be assigned a date for an initial directions hearing. You are entitled to legal representation at all stages throughout your claim.

What happens after I apply?

Your claim will be heard in full by a member of the Tribunal (Ms Justice Power, Mr Justice McGovern or Mr Justice O’Connor). The Tribunal member hearing your case will also make the decision regarding the outcome. If your claim is successful, you may be awarded damages on one of the following grounds:

If you are unhappy with the decision issued by the Tribunal, you have a right to appeal the decision to the High Court.

Even though the CervicalCheck Tribunal is still in its early days, the aims and objectives indicate the process is designed to facilitate easy access to justice for women and their families who have been affected by incorrect findings from CervicalCheck. Reduced times between submitting the claim and reduced costs will reduce stress and anxiety for claimants who have already dealt with extreme hardship and incentivise those affected to come forward and make a claim. The Tribunal is comprised of two members of the judiciary who have extensive track records as fair decision makers and a chairperson who has consistently upheld the importance of human rights through her judgments in Ireland, Europe and beyond, thus reinforcing public confidence in the Tribunal.

If you have a query relating to the content above, please do not hesitate to contact a member of our team on (01) 679 0780 or by emailing Stephen.kriwan@kodlyons.ie.