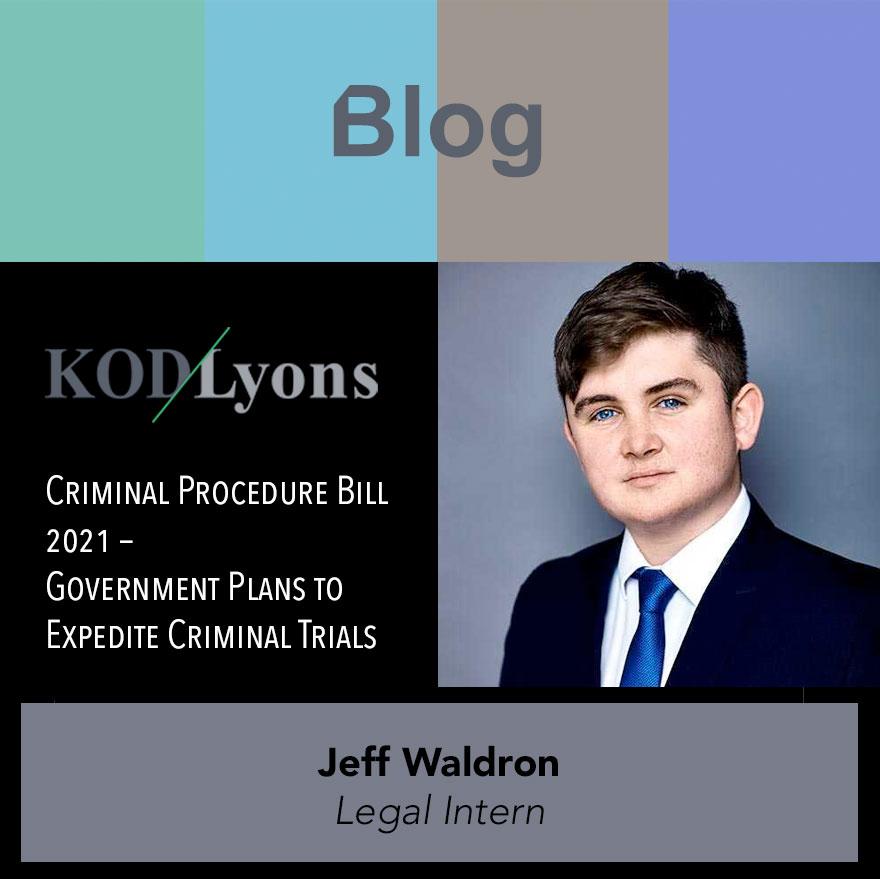 Minister for Justice, Helen McEntee has recently published a set of new legislation to allow pre-trial hearings to be introduced as part of reform for criminal trials. The Bill, which aims to make the criminal trial process less stressful and time consuming, is currently in the Third Stage (Committee Stage) of the Oireachtas debates, whereby it is examined provision by provision and amendments may be made.

The legislation will be most welcome amongst a profession who have argued for its implementation for some time.

The Bill will see the introduction of preliminary hearings for the first time in Irish law, that will happen in advance of the trial properly commencing. It will make it less likely that long legal argument in the absence of the jury will have to take place in criminal trials and should make the court process faster and more efficient. [1]

The suggested reforms are aimed at improving the trial process for sexual offences, white-collar crimes and organised crime amongst other serious offences. It is intended to reduce the stress suffered by victims during lengthy trial proceedings, which often see delays to the start of the trial and lengthy adjournments. Victims may prepare themselves mentally for the start of a trial, only for it to be adjourned due to legal disputes over admissibility of evidence, or rules and procedure. If the legal issues under dispute were dealt with at this stage, it would be less likely for juries to be sent away during the trial, and less likely that victims were subject to stressful delays.[2]

Minister McEntee herself stated that “Preliminary trial hearings will help ensure that the parties are ready to proceed on the day of the trial. This will deliver efficiencies and savings as certain criminal trials will now have fewer delays.” Trials which may take a number of weeks can involve a significant amount of time based on legal argument alone in the absence of a jury. Pressure placed on the State to hand over evidence in a timely manner will cut considerably cut the length of trial.

It is expected the legislation will pass all stages through the Oireachtas by Summer.