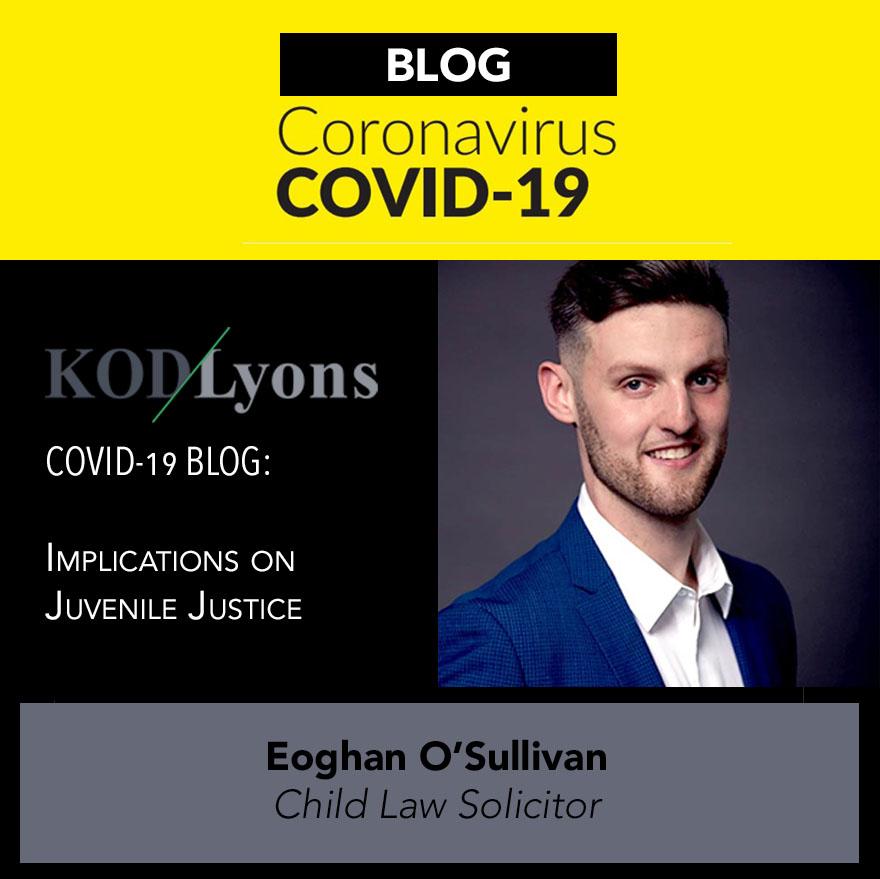 We are all coming to terms with living and trying to work in new and more innovative ways these days.  None more so than those operating in our Justice System.  The running of cases before the courts has been modified whereby cases that have been deemed urgent are the only matters being dealt with.  It is important that the courts are conducted in a safe but efficient manner as a result of what it a testing time and the courts have been brilliant in maximising the amount of business it can conduct.  Remote virtual hearings are now in full flow and slowly and carefully, more cases are being dealt.  However, for a large number of non-urgent cases, they have been adjourned to dates in the future leading to delays in those matters being conducted.  Delays to many aspects in life have now unfortunately become necessary.

However, one court in which delay can create a far greater problem than in others is the Childrens Court.  There is an onus on the State for matters relating to juvenile offenders to be dealt with in the most expedient of manners.  Juvenile offenders are offered many protections and safeguards of the Childrens Act 2001.

Under the Childrens Act 2001, if a child has been charged with an offence or summonsed to appear before the Childrens Court they are afford, amongst other things;

However, these protections are offered to children aged up to 17 years and 364 days of age.  On a persons 18th birthday they are no longer considered a child by law and are no longer afforded the protections of the Childrens Act 2001.

Currently, as with most other courts around the country at the moment, children who are on bail for matters before the court are not being asked to attend the courthouse due to HSE guidelines on coronavirus.  From my experience of cases being progressed in the Children’s Court recently, where a child’s 18th birthday is approaching, the court is affording them dates prior to their birthday to try and finalise matters where possible.

However where children alleged to have committed offences are challenging the allegations proffered against them and hearing dates are being sought, whereby witnesses would have to attend court and give evidence, and these children are nearing their 18th birthday, the prospects of the hearing of the offence getting on is quite low, if not impossible in the current climate.

The difficulty with this is that if a child turns 18 and “Ages Out” of the Children’s Court prior to the hearing of their matter they lose the benefits and protections of the Children Act 2001 and should they then subsequently be convicted of the allegation they were challenging, the conviction is then marked on their record as an adult, as opposed to as a child.  This can have lasting negative effects into the future, for example if a person comes before the criminal courts again as an adult, then that previous conviction from the Children’s Court is recorded on their record as an adult even though the offence is one from when they were a child.  There can also be a knock-on negative effect to a persons rights under the Criminal Justice (Spent Convictions and Certain Disclosures) Act 2016 and also Criminal Justice (Rehabilitative Periods) Bill 2018, should Senator Lynn Ruane’s Bill become law.

It is understandable that civilian witnesses in cases may not wish to attend court in the current climate.  In these uncertain times it is paramount that people put their health needs first and persons who are vulnerable or looking after vulnerable people should not put themselves at undue risk.  However, that is to the detriment of the child accused who is severely prejudiced as a result of these delays.

Potentially a way around this issue would be that the protections and safeguards of the Childrens Act 2001 are afforded to any person charged or summoned for an alleged offence, if the offence they are alleged to have committed is one which was to have occurred when they were a child.  Furthermore, if they are convicted, the conviction date is to be marked as a conviction on their record from the date of the offence, but that any penalty is to be imposed on the date of sentence.