Surrogacy in Ireland and the Ukraine Situation 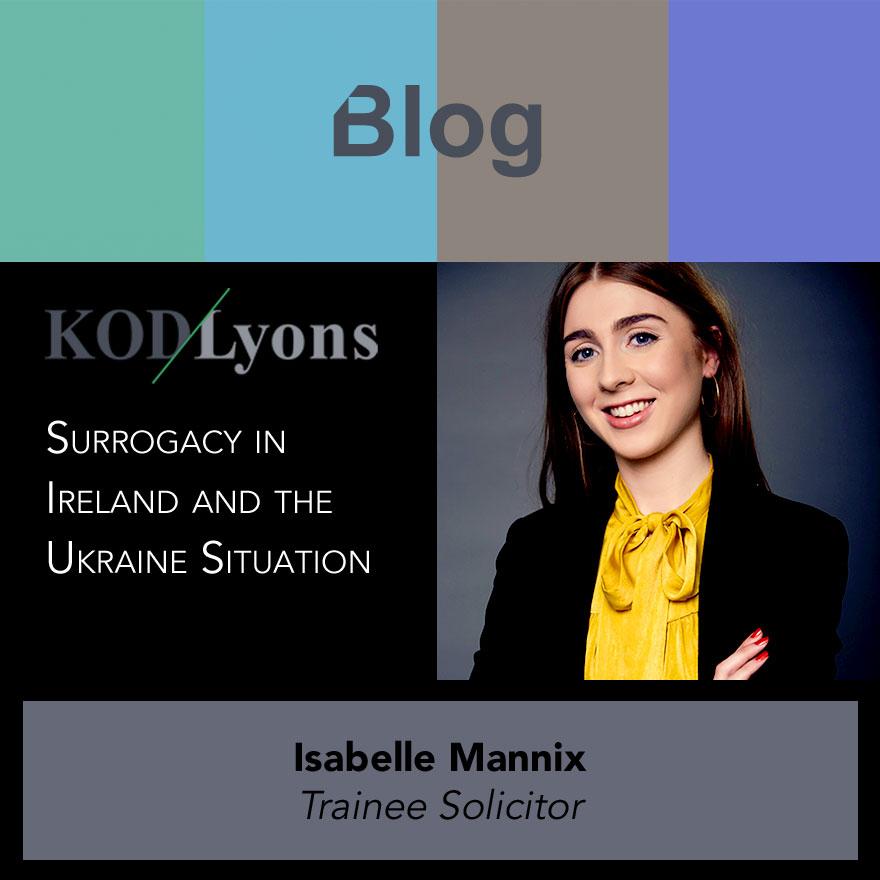 In recent weeks, families expecting babies via surrogate in the Ukraine may be growing concerned due to the uncertainty of Russian/Ukraine relations. The matter was recently raised in the Seanad by Senator Mary Seery Kearney who confirmed that she was made aware of 14 babies expected via surrogacy in Ukraine between now and May. Minister for Foreign Affairs Simon Coveney has asked that families currently expecting babies via surrogate in Ukraine, contact his Department for guidance. Senator Seery Kearny also explained to the Seanad that clinics are making contingency plans to support surrogates to move to a clinic in Lviv in the event of matters in Ukraine deteriorating on the Eastern side of the country to ensure their safety. It is understood the Department of Foreign Affairs will provide special diplomatic assistance to Irish couples expecting babies to be born in the coming months and have requested intended parents due to travel soon or who are currently in Ukraine, to register on their website.

Currently and regrettably, there is no specific legislation enacted for surrogacy in Ireland. Under Irish Law, the surrogate mother (who gives birth to the child) is the legal mother of the child she carries. This is the case even in gestational surrogacy. This principle was confirmed in the case of MR v An t-Árd-Chláraitheoir [2014] 3 IR 533. In this case, the judges found themselves bound by the common law principle, “mater semper certa est”, which means that the woman who gives birth to a child – in this case the genetic mother’s sister – is the legal mother.

Under Irish Law, the legal father of the child is the person who is married to the surrogate mother. If the surrogate mother is not married, then the commissioning father, provided he is genetically connected to the child, needs to make a number of applications to establish parental rights through the Irish Courts. Commissioning parents who are not genetically connected to the child can apply for guardianship after a period of two years of caring for the child.

Surrogacy laws vary from country to country. The Ukraine has become a popular choice for Irish parents as they are recognised as the legal parents when the child is born. The surrogate mother will carry the baby but will have no legal/parental rights after the birth. However, the Ukraine is only available for married heterosexual couples. America can be an option for same sex couples who can afford the significant cost.

Children born abroad by surrogacy will need an Emergency Travel Certificate (ETC) issued by the Irish Government.  The application can be made by the father or guardian of the child. In order for the commissioning father to apply, DNA testing must be carried out and a report confirming parentage must be provided.  In the absence of a declaration of paternity, the application for the ETC must be made by the surrogate mother. If she is married, consent must also be obtained from her husband. Once the child arrives in Ireland the intending parents are legally obliged to notify the HSE within 48 hours and legal proceedings for a declaration of parentage from the Irish Courts must be issued within 10 days of returning to Ireland.

Future of Surrogacy in Ireland

There have been some developments in the area of surrogacy in recent years. However, this has come from individual cases as opposed to any significant movement in legislation. The proposed Assisted Human Reproduction Bill 2017 has not yet been enacted and there is no clear time frame for this to occur. This Bill only deals with domestic altruistic surrogacy and provides no guidance for international surrogacy. Furthermore, the Bill is not intended to be retroactive and will only apply to surrogacy arrangements after the Bill has been enacted.

The lack of legislation and guidance on surrogacy in Ireland continues to lead to case law in the area. In December 2021, the High Court ordered the Minister for Foreign Affairs to make a decision on a passport application for a boy whose male parents were told a parent is “understood to mean either the mother or father of the child or a male adopter”. The child was born to Mr A who has Irish and UK citizenship while his husband, Mr B is a UK citizen. This meant that Mr A was entitled to apply for a passport for his child.

After the Department of Foreign Affairs declined to make a decision, High Court proceedings were then brought seeking an order directing the minister to make a decision and to issue a passport for the boy. Mr Justice Barrett granted an order directing the minister to make a decision. He found that because the men were regarded as a matter of UK law to be the parents, following their application to the Family Court there, it followed that Mr A, who has Irish citizenship, is now recognized as the other parent for the purposes of Section 7(1) of the Irish Nationality and Citizenship Act 1956, which means the boy has been an Irish citizen since birth.

It is clear that there are legal considerations at all stages of the surrogacy process. For Irish parents intending to move forward with a surrogacy journey, it is advised to engage with your Solicitor as soon as possible to have the necessary paperwork and plans in place.

If you require any further information in relation to this post, please do not hesitate to contact me at isabelle.mannix@kodlyons.ie.