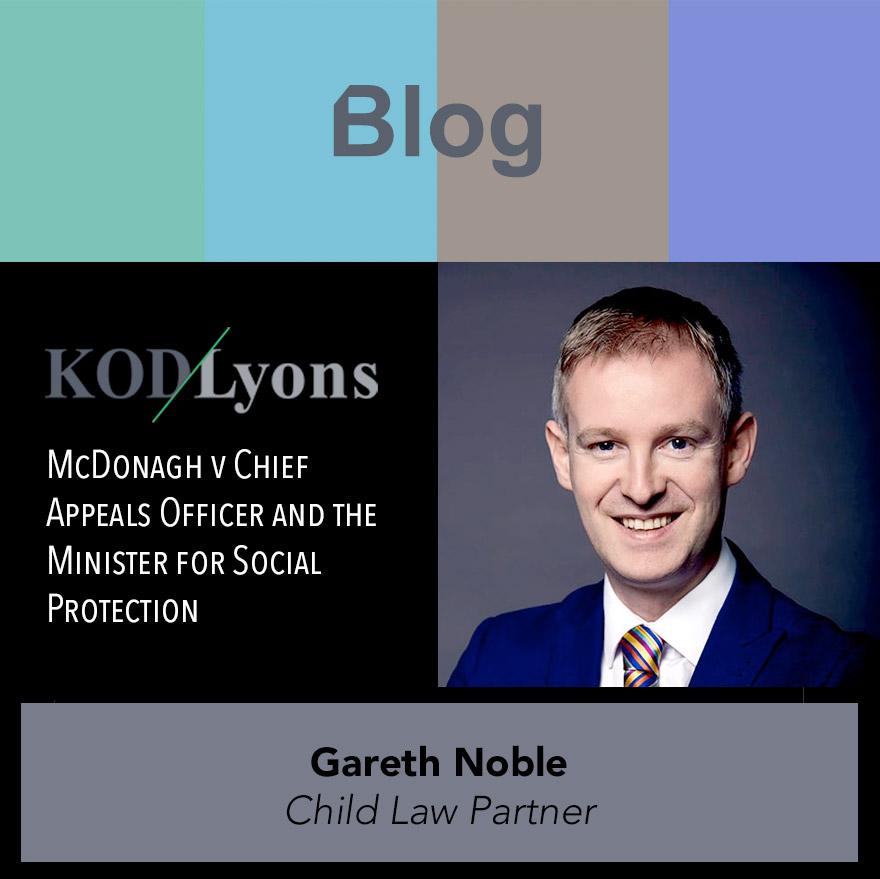 A Game Changer for Parents and Families

On the 21st May 2021 the Supreme Court delivered a 39-page judgment which represents one of the most significant and important social welfare decisions in the last 25 years. The Supreme Court proceedings arose in relation to a KOD Lyons client making an application for Domiciliary Care Allowance under the 2005 Act. The issue arose as to what occurs when an applicant is dissatisfied with the outcome of a decision.

There are two distinct processes that people can seek; one is a revision of the decision by the original deciding officer where there is further evidence or material or where there has been an error of law or fact. This is a process that can be accessed without limitation. Alternatively dissatisfied applicants can, within 21 days of the issuing of the decision made, bring an appeal of that decision to the Chief Appeals Officer.

In this case a deciding officer subsequently refused to revise their decision. The legal question which arose is whether this refusal to revise constitutes a new decision, thus giving rise to the right of the applicant to appeal that refusal. In our case we contended that the refusal of a deciding officer to revise their decision did constitute a new decision capable of being appealed. The Minister and the Chief Appeals Officer on the other hand submitted that such appeals were not possible.

The basis on which an appeal can be brought is that the person appealing is dissatisfied with that decision. There is a time limit on bringing appeals, whereas there is no time limit on bringing an application for a revision of a decision. Put very simply, an appeal has to be brought within 21 days in normal circumstances and a revision will require new facts or evidence to be demonstrated that there was a mistake as to law or facts.

One of the very pleasing considerations within this judgment is the recognition by the Court that the Social Welfare Consolidation Act 2005 is ‘generous and flexible’ when it comes to providing remedies for those dissatisfied with the decision of the deciding officer.

Another progressive approach taken by the Court is the interpretation of the Act and whether it can be properly described as a remedial statute. The Court points out that the legislation at issue in these proceedings is designed to provide assistance to those who have a particular need for assistance over and above that of the average parents circumstances where the child’s care needs are substantial arising out of their diagnosis.