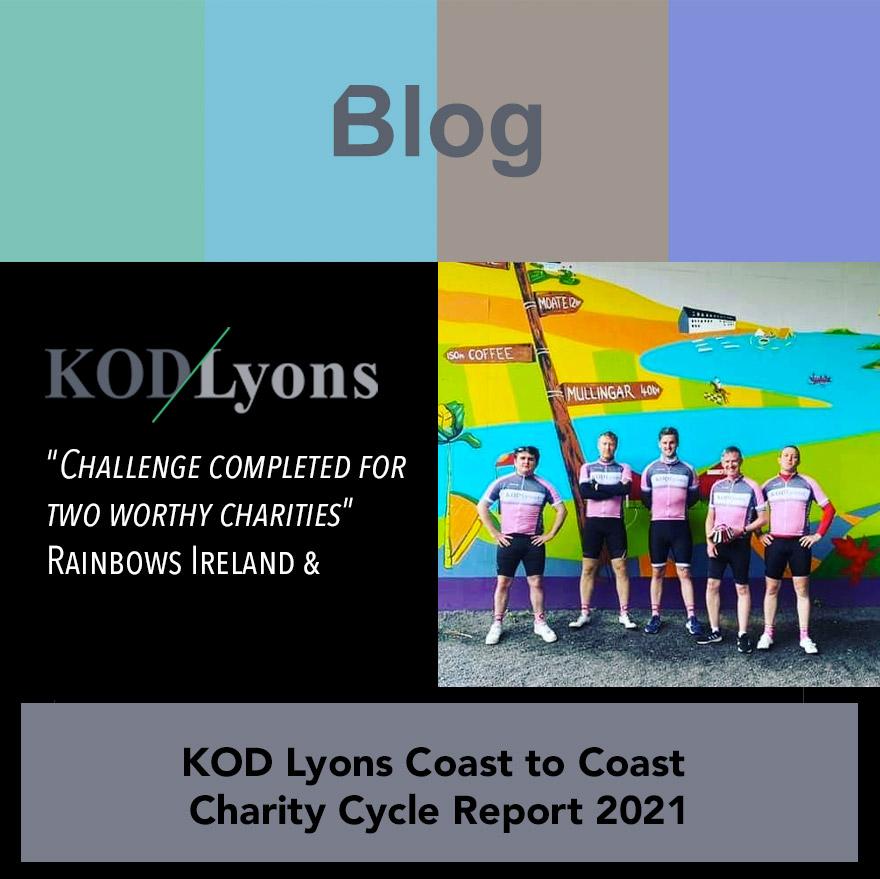 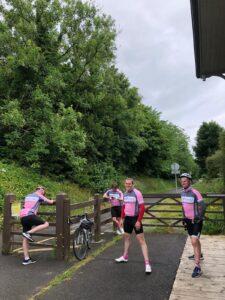 Its 6am in the morning and the bright pink KOD Lyons cycling jerseys begin to assemble at the Clontarf coast road on Saturday 3rd July 2021.  A nervous energy is about the place as discussions are had as to “have we enough bananas, water bottles, protein bars and gel packs on board before we set off”.  A mammoth task of cycling over 250KM across the country awaits us and soon enough we get the obligatory starting point photo taken and bid farewell to our dads/partners who have done their bit in getting up at 5am to drop us out to the starting point. All happy and healthy as we set off!

A leisurely morning cycle through a sleepy Dublin City, taking us past Croke Park and into the Phoenix Park before cycling along the Liffey at the Strawberry Beds and on to our first pit stop of Maynooth, where we shake off the early morning cobwebs and take 15 mins for our breakfast.  Jellies, Bananas and breakfast bars on the menu and a light laugh as to how we had 30KM done and only 220KM to go! No time to doss as we have to take on the Maynooth to Athlone Greenways now.

Spirits are good and the legs are in good stead for the next part of our journey. Everyone thinking of the lunch we had coming up at our next stop in Cunninghams just outside Mullingar.  Suddenly we are all taken quickly back down to earth with our first puncture of the cycle.  Matthew de Courcy’s iron horse is the victim.  The back wheel is gone and despite the best attempts of pumping it up and trying to fix it a decision was made for a number of us to plough on to Cunninghams and Matthew to get to the nearest bike shop for repairs.  Off to Kinnegad in the back of a pick up truck to get fixed up!

In the meantime, the rest of us ploughed on to Cunninghams.  About 5 KM out from our pit stop, the heavens open.  Torrential rain.  We were lucky to have dodged it up until that point.  A decision was made to stop and take shelter in some trees with other cyclists who were out for the morning.  After a brief stop we braved the elements and got to Cunninghams for a well earned toasty and coffee.  Matthew rejoined us here after getting a new tyre and we set off again for our next stop, Athlone!

No more rain and the sun was out for our next 50KM till our next stop.  After drying off from the rain we now found ourselves lashing the sun cream on.  This was the most enjoyable part of the cycle.  The beautiful greenways from Mullingar to Athlone.  A fantastic bit of the cycle along the old railway line.  Thankfully for us, Stephen Kirwan and his father were waiting for our arrival in Athlone with sambos and treats to refuel and get us ready for the next portion of the cycle.  The bodies were starting to feel it now as we have over half the cycle done at this stage.  Unfortunately Matthew’s Iron Horse was at it again, this time the front tyre needed fixing.  Another trip into a bike shop in Athlone. 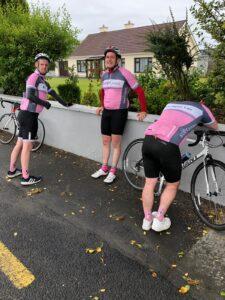 We set off from Athlone for what would be the hardest part of the cycle.  Tired bodies, legs were starting to feel it and mentally we were being challenged.  First getting into Ballinasloe and then on to Kilconnell, moments of this cycle had us questioning why we signed up for it, when we found ourselves cycling in what could only be described as a monsoon! A few final gel packs and plenty of jellies, we got the final burst of energy we needed to get to Athenry, a final push to Oranmore and then the last slog down the coast road and in to the Spanish Arch in Galway.

Tired, exhausted and sore, we gathered ourselves for a photo at our final stop and then made our way to our hotel for the night to refresh and go for some much needed dinner.  Once we found ourselves sitting down for dinner we were able to take stock of the challenge we completed and for two very worthwhile charities, Solas Project and Rainbows Ireland.  The fantastic work that they do for children and young adults in need of their services.  We were delighted to have completed the cycle and raised as much funds as possible for them. 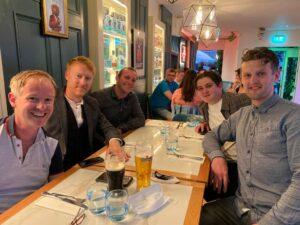 Solas Project is a charity that aims to reduce the risk of societal harm faced by children and young people living in Ireland. Their vision is ‘an Ireland where all children and young people truly know their self-worth and can take full advantage of their potential’. Funds raised by the KOD Lyons Coast to Coast Cycle will go towards the running of a number of programmes provided by Solas Project such as their After Schools clubs, social enterprise projects, teen mentoring, prison programme and youth justice programme.