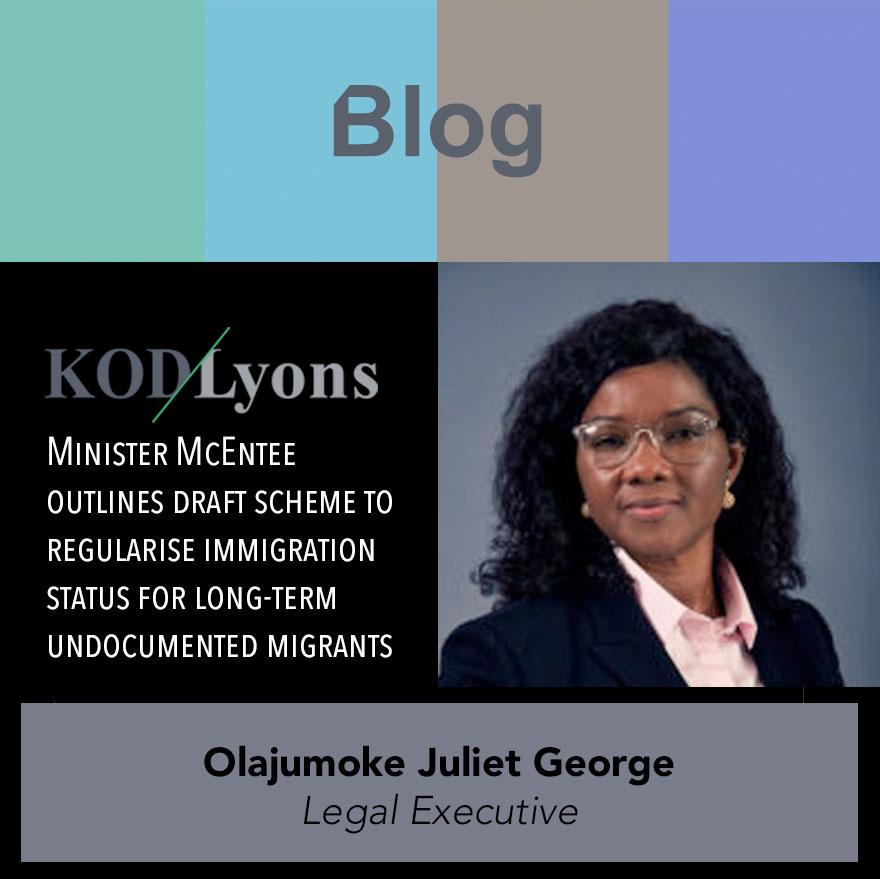 The Minister for Justice, Helen McEntee has begun consultation on the terms of regularising the status of undocumented Migrants in the State.  Final Government approval of the proposed Scheme is expected in September 2021 after input from various stakeholders.

It is proposed that the scheme will be opened to those who have been resident in the State for four years without a valid immigration permission and it is anticipated will be open for applications for six months only.    Successful applicants will then be given immigration permission to access the labour market and begin the path to citizenship. This is clearly a very welcome development for the very many undocumented migrants in the State who form a vital part of Ireland’s social fabric and identity.

However, as with all schemes, it is hoped that once finalised  it will not overly prescriptive and that it allows sufficient flexibility in cases that may not strictly adhere to the envisaged criteria. The Cabinet is being updated on her proposed approach this week ahead of consultation with stakeholders which are due to commence on Monday 26th April 2021.

Should you require any further information please do not hesitate to contact Juliet George at 01-6790780 or at juliet.george@kodlyons.ie