How will the criminal justice system in Ireland respond to the social distancing requirements of Covid-19? 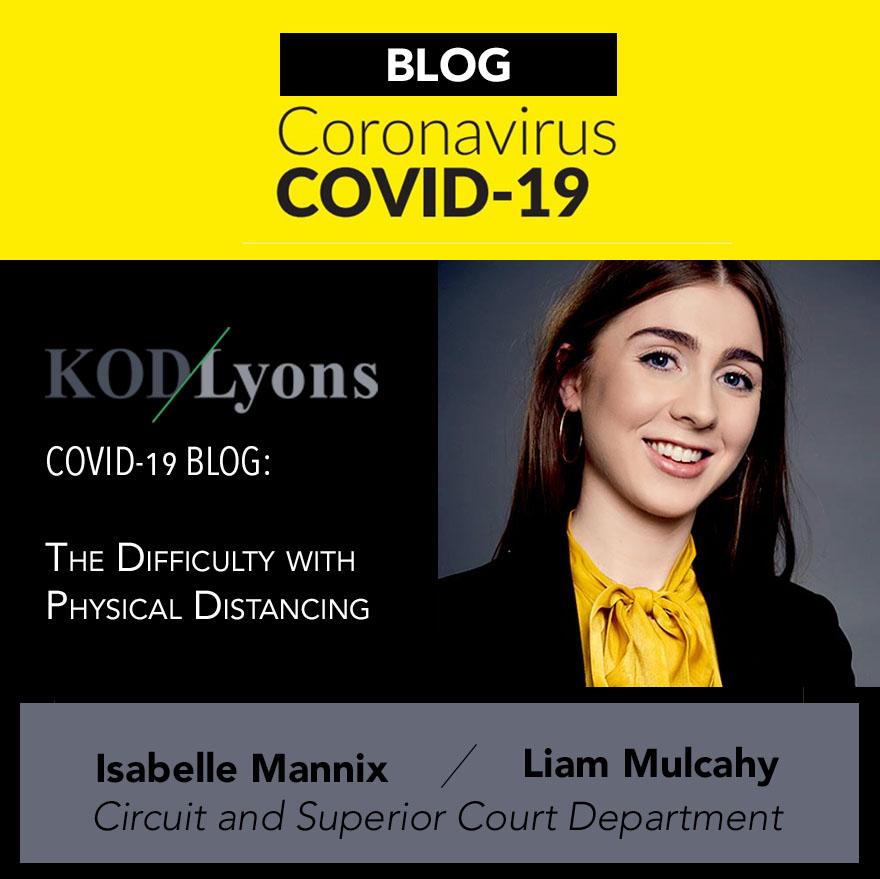 The difficulty with physical distancing – How will the criminal justice system in Ireland respond to the social distancing requirements of Covid-19?

Since the middle of March, most Circuit and Central Criminal Court cases in Ireland have been adjourned to dates in June, July and even October 2020. With the exception of very limited circumstances such as where the accused is in custody and is due to be sentenced, bail applications, and one trial which is still on-going, cases have not proceeded in an effort to reduce the amount of people in court houses all over Ireland.

The Courts Service released a statement on Friday 8th May titled the ‘Gradual and careful planning for creating a pathway to opening some courts’. This included statements from the Presidents of all courts as well as the CEO of the Courts Service and the Chief Justice.

There appears to be two-tiered approach moving forward which is comprised of readying physical courtrooms to allow access to justice whilst also maintaining social distance and also the use of remote hearings in those cases for which they are suitable.

Some of the measures to be introduced going forward were included in the statement of the President of the Circuit Court include;

While the above measures should work well in theory, the reality is that they will be extremely hard to enforce. Even though preparations and meetings are had in advance of court appearances, there are occasions when further instruction need to be taken from the client or family and friends when a case is in court. This can occur in narrow holding cells surrounded by prison officers or outside of court often within close proximity of prosecuting Gardai and counsel for the Director of Public Prosecutions. Indeed, there are occasions when the Judge will ask that further instructions be taken regarding a specific area.

It is often the case that halfway through a sentence hearing or a trial, our clients will call us over to where they are sitting and will give us further instructions. Up until now, this has all been possible, usually without disrupting the flow of the proceedings. The solicitor will then pass this instruction to our barrister by note or a hurried whisper.

With the new measures imposed by Covid-19, these normalities now seem to be a thing of the past. The issue with this of course is that court proceedings are going to be monumentally slowed down if every time a client needs to give an instruction, the court will have to rise, and we will have to speak to clients through glass or from two meters apart.  We are also already facing the added difficulty of taking instructions from people who are on bail, either over the telephone, by zoom or in person but with social distancing this makes matters ever more complex, particularly with vulnerable clients with their own challenges. This can be complicated further by sometimes needing an interpreter. Privacy will need to be carefully considered to ensure that GDPR procedures are adhered to at all times going forward.

Staggering lists and monitoring the amount of people in court rooms is also going to be a challenge in criminal courts. If you have ever stood outside the Criminal Courts of Justice on Parkgate Street, you would be forgiven for thinking that there was always more than enough space to comply with social distancing. However, the way the building is designed often leads to cramped courtrooms and people gathering altogether in the atrium. We are surely going to run into issues in cases where for example a victim wants to bring a number of people for support at a sentencing hearing and a defendant also wants a number of people present. There will undoubtedly also be issues with people arriving late to their court times as is often the case in criminal law proceedings.

Ms Denning also announced this week that the Courts Service have created a new position and appointed a full time Health & Safety Officer whose responsibilities include reviewing the proposed measures to ensure that they are compliant with all necessary legislation and public health advice. They are also establishing a consultative user group to ensure that court users are involved in informing decisions. KOD Lyons would welcome this development of a user group going forward as it is imperative that those of us who use the criminal courts daily are involved in the difficult planning that lies ahead.