How Much Should Immigrants Rely on the Citizens Information Website? 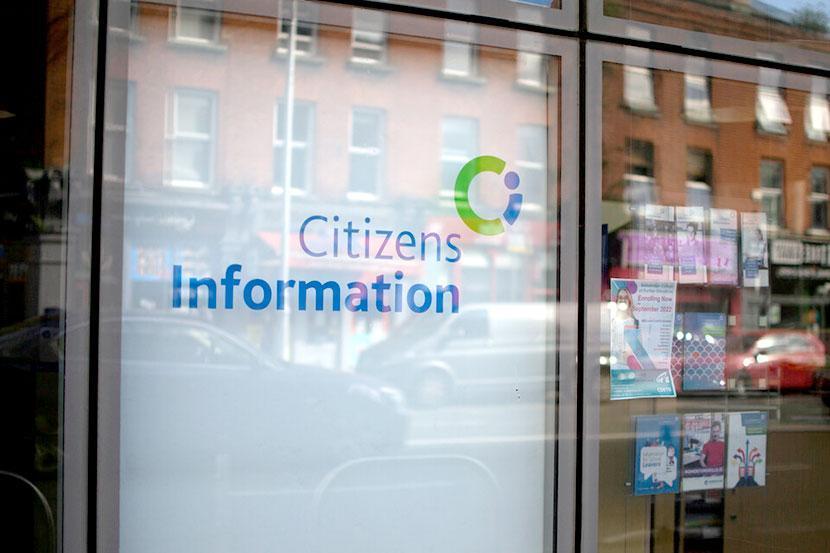 Until last week, Ashley Westpheling thought she had to wait three more years to apply for Irish citizenship.

But it looks as if she can actually apply for citizenship next year. “Which is really exciting for me,” said Westpheling recently on a Zoom call.

The confusion stemmed from the fact that whether or not years in the country count towards the time needed for citizenship depends on the status that somebody has during that time.

Westpheling, a non-EU migrant, had always assumed that her two years on a 1G stamp as a graduate from an Irish university didn’t count.

But they do, said a spokesperson for the Department of Justice on 16 September. Both for graduates and partners of skilled workers who get an immigration stamp with the same name, they said.

Misinformation on immigration rules floats around the internet. The Department of Justice’s website is far from clear about the 1G stamp, and even the Citizens Information guide to becoming an Irish citizen says time spent on the stamp as a graduate isn’t reckonable.

Immigration lawyers say some inaccuracies can have significant consequences given how regularly, with the lack of legal aid for non-asylum immigration cases, people turn to Citizens Information for legal advice.

Cathy Gerrard, digital content manager for the Citizens Information board, said it has a solid fact-checking and verification system.

“All information published is checked against official sources or is provided directly by a relevant Department or agency,” said Gerrard.

Mistakes may happen very occasionally, she said. “We will always correct them as soon as they are brought to our attention.”

A spokesperson for the Department of Justice didn’t say why its website doesn’t clearly state that Stamp 1G for graduates and skilled workers’ partners counts toward citizenship.

Westpheling wrapped up her master’s programme at University College Dublin (UCD) in 2019 and moved her status onto a Stamp 1G, granted to immigrants from outside the European Union who graduate from Irish universities.

Master’s and PhD graduates can live and work in Ireland without a work permit for up to two years, although they have to renew to get that second year, which can be tricky if their job searches have been fruitless.

Currently, Westpheling has another status again. She moved on from her 1G stamp after two years when she married an Irish citizen. Now, she is on the coveted Stamp 4.

But she’d always assumed that her two years on Stamp 1G didn’t count toward citizenship, she says.

“I had searched, I looked at forums, and I have a lot of friends who were also on 1G, and there was always this consensus that it isn’t reckonable,” Westpheling says.

Westpheling says she wouldn’t think of double-checking info on the Citizens Information website. “Definitely not, which maybe is my own problem,” she said.

Stephen Kirwan, partner and solicitor at the law firm KOD Lyons said he started to doubt himself when he read the website. “I was kind of going, but I’ve applied for clients for years.”

Said Kirwan: “You will never really know how many people were adversely affected by this and were dissuaded from applying for citizenship when they could.”

That section also holds information for asylum seekers and refugees. In August, it said that refugees brought to Ireland under humanitarian programmes are entitled to get a travel document that allows visa-free travel to several European countries, which isn’t true.

Last month, Citizens Information updated the relevant section on its website to clarify that they don’t.

The Department of Justice’s own website is less than crystal clear about the conditions around the Stamp 1G for graduates.

It explains that it’s a third-level graduate stamp and that people can work on it without a work permit.

But it has a line that can be interpreted as suggesting that it’s not reckonable for citizenship: “While on Stamp 1G, your other permissions and conditions remain the same as Stamp 2.”

That 1G is reckonable – meaning time on it counts towards the years needed in the country for citizenship – is only mentioned in the section with info about the 1G stamp that’s granted to partners of skilled workers.

Wendy Lyon, partner and solicitor at Abbey Law, also says that the citizenship residency calculator on the website hasn’t been updated to include Stamp 1G since its introduction for both graduates and partners of skilled workers.

Kirwan, the solicitor, says immigration rules and policies are sometimes so nuanced that they don’t fit into a binary.

Like how on paper, migrants who’ve been living here ordinarily for a year are entitled to most healthcare services, as suggested on the Citizens Information website.

But his firm has had cases of migrants blocked from accessing certain medical procedures, like organ transplants because they were undocumented or had a student stamp.

Kirwan says that Citizens Information is a great resource that communicates complex information in simple concise language. But the inaccuracies can be dangerous, he says.

People rely on the immigration information on the site, which gets parroted in social media groups as hard truth, misinforming people about their rights, he says.

It’s tough to convince someone that something they’ve read on Citizens Information is untrue, he says.

“It takes a life of its own, you know what I mean, and again this is not to denigrate Citizens Information and the great service that it does,” said Kirwan. “But there is a massive limit to what they can do.”

A disclaimer saying that people might need to double-check the accuracy of some legal information on its website is one idea to deal with this, says Kirwan. “But maybe it defeats the purpose.”

Kirwan and Lyon both say that providing non-asylum legal aid could be a better option to tackle immigration misinformation. At the moment, Kirwan said, most people are priced out of professional legal services.

“Like if they’re coming to see a private practitioner, most decent practitioners, and as bad as it sounds, most of us will be charging a fee,” says Kirwan.

Says Lyon: “I think the lack of legal aid for most immigration matters forces people to rely on the internet to an unhealthy degree.”

A spokesperson for the Department of Justice said that Minister for Justice Helen McEntee has recently greenlit a thorough review of the civil legal aid scheme to map out its future.

“One which will provide for a flexible service that has, as far as possible, the capacity and resources to respond to the priority legal assistance needs of those of insufficient means,” they said.

They didn’t specifically say if immigration legal aid is in the future of the scheme, though.

Westpheling, the UCD graduate, says misinformation about stamp 1G is one reason some of her friends gave up on their job searches in Ireland and left.

“If they knew that it was reckonable for citizenship, they might have been motivated to try to work something out,” she says.