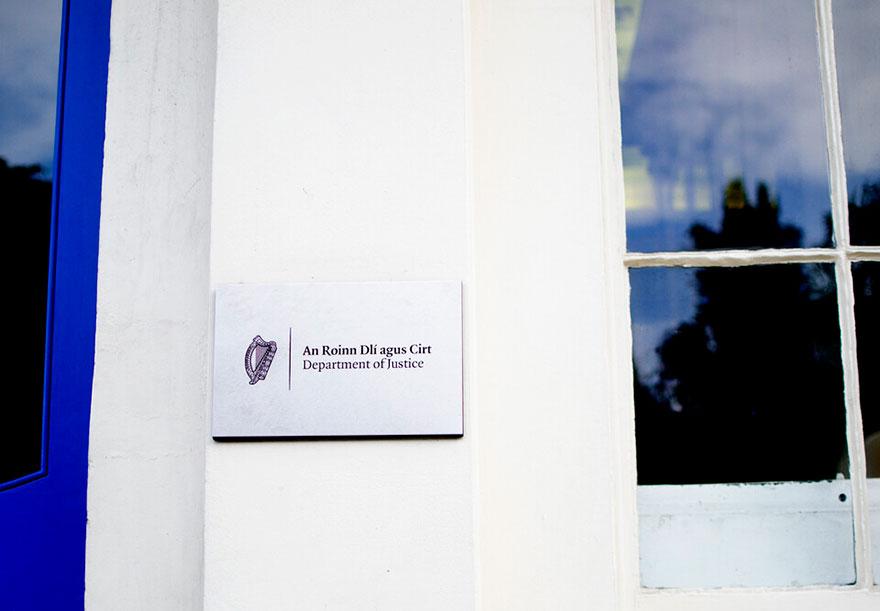 Solicitor Stephen Kirwan is still angry, he says, about the outcome of one of his cases.

In 2020, he had a refugee client who wanted to reunite with a same-sex partner, who was in Saudi Arabia.

“As you know, there are very very restrictive laws in Saudi Arabia. Gay marriage clearly isn’t a thing,” says Kirwan, an associate solicitor at the law firm KOD Lyons.

But under Ireland’s International Protection Act, refugees wanting to reunite with partners must have either married them or have been in a civil union before leaving their countries to seek asylum in Ireland.

The condition means that same-sex couples who want to bring in a partner who they were forced to keep secret are excluded.

“A lot of international protection applicants come from countries where homosexuality is banned or frowned upon,” said Kirwan.

A spokesperson for the Department of Justice said there are other routes for those who don’t qualify under the International Protection Act to reunite with their same-sex partners.

Like the route of family reunification for any non-EEA resident who is not a refugee. Under that policy people can bring in their partners, even if they aren’t married, they said.

“Each application will be assessed on its own merits,” the spokesperson said.

Between January 2017 and the end of December 2021, there were 672 applications for family reunification made under the International Protection Act, said a Department of Justice spokesperson.

None were made by a same-sex couple, they said.

Kirwan says that’s because they can’t meet the conditions set out in law. “I mean to expect them to have marriage certs and to comply with these rules is just nonsense.”

Under the Refugee Act 1996, refugees in same-sex relationships could marry their partners after fleeing to Ireland to seek asylum and still qualify for family reunification.

Although, unmarried same-sex couples didn’t make any new family reunification applications in 2016, the year before the International Protection Act went into effect either, said a department spokesperson.

One application from a married same-sex couple was approved during that year, under the Refugee Act 1996, they said.

Kirwan, the solicitor, challenged the Justice Department in the High Court on behalf of the same-sex couple.

He filed the court papers in April 2020, arguing that the married-before-seeking-asylum condition of the law violates his clients’ rights under the Irish constitution and the European Convention on Human Rights (ECHR).

Article 14 of the ECHR upholds people’s right to enjoyment of freedoms without discrimination based on sex, race, colour, language or religion.

He got the government’s defence statement in April 2021.

In the defence, the Department of Justice says it accepts that Kirwan’s clients are in a same-sex relationship.

But it denies that the International Protection Act violates their right to family and equal treatment under the Irish constitution and the ECHR.

Other options are available to Kirwan’s clients to reunite and they didn’t engage with or exhaust those routes, it says.

Kirwan says that one argument was to bring in the partner under a tourist visa and marry.

“But they would still be excluded under the scheme because they weren’t married before,” says Kirwan.

Another option is to apply under the non-EEA family reunification policy. But applicants to that route have other conditions to meet that refugees under the International Protection Act don’t have to, such as earning above-average salaries every year or having enough savings in the bank to sustain a comfortable life for two.

The minister for justice has the power to waive the financial condition, but that is discretionary.

Says Kirwan: “It’s just an unlawful discrimination, and it’s just not good enough to point to some potential alternative schemes.”

Kirwan’s clients, he says, felt the weight of the delays and the loneliness of separation compounded by pandemic lockdowns.

“Ultimately, they decided not to go ahead and they actually ended up breaking up. It was absolutely heartbreaking,” says Kirwan.

“They’ve been together for many, many years and they were the two nicest fellows,” he said.

Kirwan says he’s angry that the law played a part in breaking up his clients’ relationship. “I don’t think the law is consciously homophobic, but it certainly is indirect discrimination.”

It’s mean-spirited, he says, and shows how the lawmakers behind the International Protection Act decided not to empathise with the nuances of life for same-sex refugee couples when drafting it.

Fiona Finn, the CEO of refugee- and migrants-advocacy non-profit Nasc, says the law’s failure to cover same-sex couples was predictable.

In its submission to an Oireachtas committee in May** **2015, NASC had warned the group working on the International Protection Bill that same-sex marriage was illegal in many countries refugees were fleeing from.

“We very clearly told the government that the family reunification provisions in this legislation would make it all but impossible for same-sex couples to reunite,” said Finn.

“It was unrealistic to think that a person fleeing persecution on the basis of their sexuality would be able to marry their partner before lodging an application for asylum in Ireland,” she said.

In July 2019, a High Court judgement said that it “saw no justification for treating refugees who married post-flight differently from those who married pre-flight”.

Finn, the CEO of Nasc, says the International Protection Act should be amended to give same-sex couples a fairer shot at family reunification.

The government, she says, had assured them when the act was still a bill and was being mulled over, that it would fix the issue at a later stage.

That never happened. It’s not too late, Finn says.

“The International Protection (Family Reunification) (Amendment) Bill could easily be resurrected and amended to provide realistic solutions for same-sex couples,” she said.

A spokesperson for the Department of Justice didn’t respond to a query asking if any plan to reform the law was in the works.