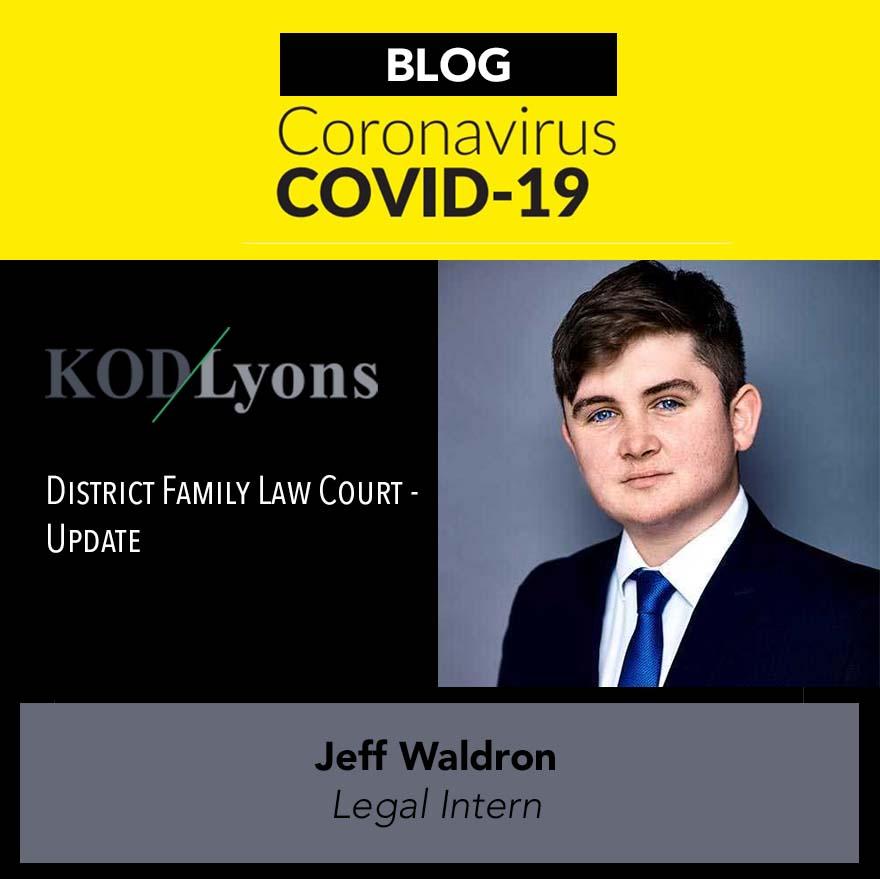 DOLPHIN HOUSE AND THE AMBIGUITY OF ‘ADJOURNED GENERALLY’

On the 31st of July, following what has been an extraordinary year to say the least, Practice Directions were released on behalf of the President of the District Court, Judge Colin Daly, regarding the resumption of District Court service post vacation period. At the time of release, for those based in Dolphin House, this statement was ambiguous to say the least. It left little direction for practitioners as to how to advise their clients. For the clients themselves, there was no clear path to a remedy without proper access to the courts.

Since the introduction of government-mandated restrictions, the Dublin Family Law District Court has easily become one of the worst hit courts in terms of lengthy backlog of lists and major disruption. At the beginning of the pandemic, the court insisted it would only hear the return of barring orders. This was later extended to breach of access and maintenance orders. While various new applications could be made, it was expected there would be a lengthy waiting period until the case was before a judge. At present, although the directions indicate that applications made from August 1st 2020 will be listed in the normal way, litigants who wish to make a new application are informed otherwise, insofar as the court dos not accept the application (unless domestic violence related).

The court has indicated it will hear return of all domestic violence matters and fresh applications in relation to same, but this leaves little hope to those who desperately seek access when there has been little to none in months, or those who receive no maintenance from their non-custodial counterparts, amongst other concerning issues. At present, there effectively is no remedy for those seeking to make a new application unrelated to domestic violence. This is a major access to justice concern for litigants and practitioners alike.

In the District Court Practice Directions statement, there is reference to matters as being adjourned generally with liberty to re-enter. There is no clarity as to what this actually means. Will specific dates be assigned to each individual matter which were adjourned before the vacation period? Will parties have to contact the court office themselves to find this out? Or will litigants (or solicitors) have to re-enter the application altogether?

It appears that the spirit of adjourning matters generally was to give parties the benefit of the doubt in that they may have reconciled or settled their respective issues. While this is of course a commendable aspect of some cases, it leaves those who desperately need their case before a judge with little relief or direction.

The statement outlines that litigants who wish to re-enter their applications may do so, with the correct forms submitted to the court office. Only in the last week has this process began to have set in motion. However, it remains to be seen how long applicants will be left waiting for their new date, given how many cases were adjourned, and the need to start accepting fresh applications again.

The court has further decided to reduce the amount of courts active by a third. While it is understandable safety guidelines need to be adhered to, it remains unconscionable that the court would reduce business so significantly. The court simply cannot get through the perpetual list of adjourned cases as well as fresh applications which will eventually need to be accepted again. It further appears that as of September 1st, the court will assign 2 to 3 cases per 45 minutes. This leaves a slot of 15 minutes per case, which is simply not enough time for complex access/custody/maintenance applications. There is further no indication of what will happen if a case is to run over the time period allotted, either.

It is clear the court is doing everything it can to ensure the safety of those who come before it, at the expense of access to justice. There are indications it will release further plans to combat the substantial backlog of lists come the start of September. Until then, it remains to be seen what litigants, with matters unrelated to domestic violence, should do to seek effective resolution.